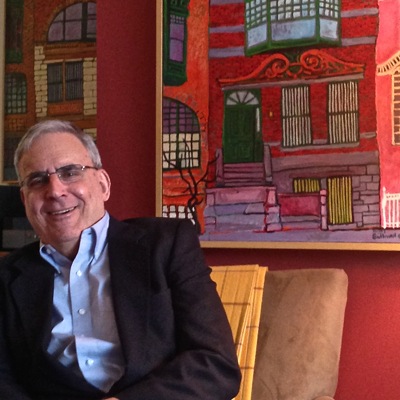 Author and journalist Peter Benjaminson remembers the journalism room at Menlo-Atherton High School well. “There was a wall of glass between the classroom and the Bear Tracks [name of newspaper] office,” he said. “Charlie Mendoza was the teacher/advisor and how he handled the class and the paper impressed me.

“One time when I was editor I had to fire a girl who had plagiarized. That was well beyond the scope of what I thought I could do as a junior in high school. It was just one of the lessons I learned.”

After graduating from M-A, where he served as Student Body President his senior year, Peter went to Cal where he worked on the Daily Californian and was a part time correspondent for Time and Newsweek.

“Maybe that was when  I first thought it would be good to write books where there wouldn’t be word restrictions,” he said. “It was during a time when campuses were erupting with protest all over. I’d send these long files to New York and maybe three lines of mine would appear in the resulting article. If they likes a particular file, I’d get an “according to Peter Benjaminson.”

Peter went on to attend the Columbia School of Journalism and then went to work for the Detroit Free Press. It was while he was there he began to turn his attention to non-fiction books.

“This was the era of Woodward and Bernstein so Dave Anderson and I wrote a book called Investigative Reporting,” he said. “It was the first how-to book of its kind and stayed in print for 20 years.

Not surprising given that he was living in Detroit, his next book was The Story of Motown, the first to recount the history of Berry Gordy’s record company. That was followed by biographies of the singers Mary Wells and Florence Ballard (one of the original Supremes) as well as a book about the demise of afternoon daily newspapers and a secret New York police group. He’s now working on a book about soul/funk singer Rick James.

“It’s great being in a groove,” he said. “This will be my fourth book that’s Motown related and you build up a base of knowledge. And I’m no longer having to condense it all down to 300 words!”

Given Peter’s stint as investigative reporter, one surprising twist in his career is the con-game he was ensnared in when trying to get his second book about Motown, The Lost Supreme, made into a movie. He recounts that mis-adventure in a “the truth-is-stranger-than-fiction” article in Rolling Stone. It’s a fun read that we recommend.

Just a note: Peter was in a lot of my classes at M-A. He was one of the “smarter” guys there, especially in English, unlike myself!!!

I knew Pete in high school. He worked on Bear Tracks (and was friends) with a lifelong friend of mine, Coreen Davis Hampson. Pete was wonderful in every way — bright, values- driven, centered, and warm and engaged with everyone. He served as as a role model for so many of us who were struggling to grow up, and I’m so pleased he has enjoyed such well deserved success. Way to go, Pete!