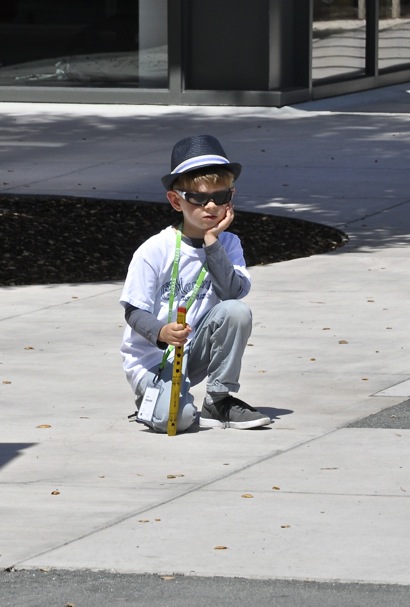 Little Kids Rock held its inaugural Family Jam fundraiser at Facebook in Menlo Park  this afternoon (May 16), honoring Chad Smith of the Red Hot Chili Peppers with the “Livin’ The Dream Award” in memory of Chef Josef Desimone, who was instrumental in bringing other Little Kids Rock events to the social media company’s headquarters. The chef component of the event remained well represented with a dozen or so Facebook chefs participating by serving their speciality. 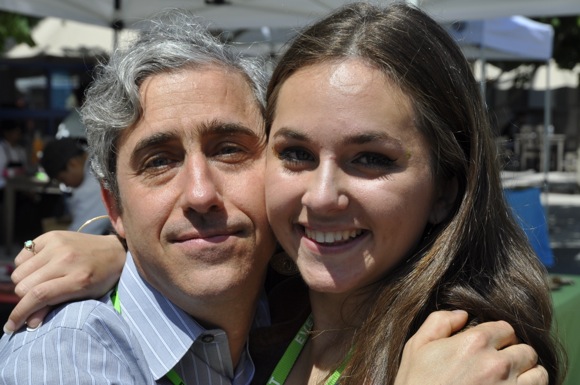 We had a chance to speak with David Wish, Little Kid Rock’s CEO and Founder (pictured above with the daughter of a good friend). The impetus for the organization came in 1996, when, as an elementary school teacher in Redwood City, he grew frustrated with the lack of funding for music education at his school. As a way of making sure his kids got a chance to explore music, he began offering an after-school guitar class to interested students.

The classes caught on, and as more kids sought to enroll, he decided to take the program national. In 2002, with initial support from musical luminaries like Carlos Santana, Bonnie Raitt and John Lee Hooker, Little Kids Rock was born. 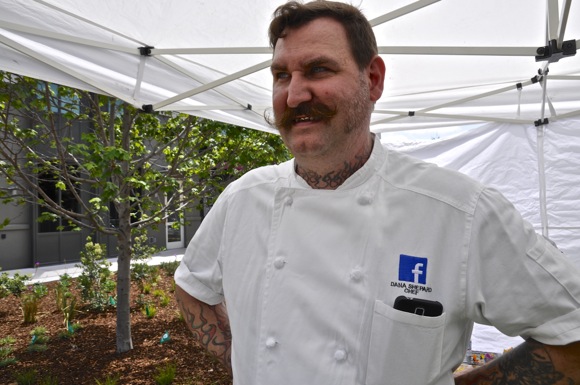 “Growing up I loved music but hated music class,” he recalled. “Forced to play instruments like the recorder and violin, I was told I was no good.

“In high school, I met a friend, Paul Brill, who taught me to play guitar. During my teaching career, I was also a passionate music maker.”

At the time Little Kids Rock was founded, he said he had no idea that the organization would become as big as it is today, but he does recall always believing it would be “impactful.” His goal is for the organization to continue to be able to “unlock the inner music maker that comes through a classroom door.” 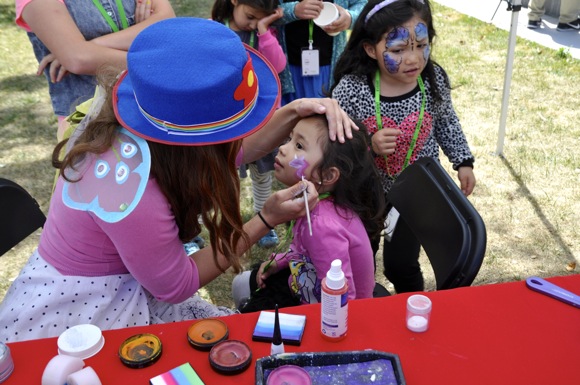 The latest concept the organization is embracing is that of “modern band,” and Dave’s vision is for the entire U.S. public school system to ultimately offer this type of music education, which he described as “teaching the kind of music that kids are listening to, whatever that is.” There are already programs in school districts in New York, Los Angeles, and Chicago.

“It’s the music of today,” he explained, “and what modern band is will change with the times. There are now six colleges and universities preparing teachers to teach modern band. Schools want it. Teachers want it. Kids want it. Parents want it. Everybody knows it’s time.”

At today’s event, local bands Coverflow, Next Play and Scope Creep as well as corporate and school bands provided live music. There were also games, crafts, and face painting for the kids in attendance. Proceeds from the event will help Little Kids Rock revitalize music education in underserved public schools nationwide.