M.A. Harris estate is one of Atherton’s historical best – then and now 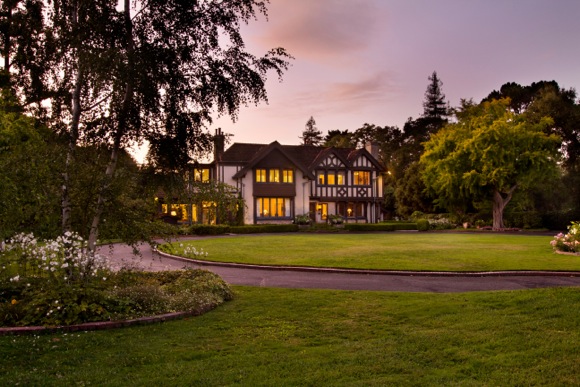 Over the past 100 years, there are a few special properties in Atherton that have maintained their prominence. The estate located at 120 Selby Lane is one.

Originally part of a 16+ acre parcel, this estate was home to Matthew A. Harris, member of the first Atherton city council, subsequent Mayor of Atherton and president of the Van Arsdal-Harris Lumber Company. It was also home to cows, egg-producing chickens, self-sustaining gardens and horses.

The next owner was Henry Martin Storey, an engineer, Vice President, and original board member of Standard Oil of California. Eventually, Storey subdivided the estate into three five-acre+ parcels, which were subsequently developed and now include the Storey Manor and Arthur Lane subdivisions.

Estate owners in the early 1900s subdivided their land so that their children could live in close proximity. This was the case with Storey as he built a home for his daughter on the adjacent parcel.

Today, most of the Selby Lane landscape has been transformed to one-acre parcels. The days of fully sustainable gardens and egg hatcheries are no longer the norm in Atherton, but the grandeur of the M.A Harris estate has stood the test of time. It resides on two expansive acres and was constructed when homes of greater height were allowed.

The M.A. Harris Estate remains a blend of then and now. Garages have replaced the barn, but a carriage house remains  as a reminder of yesteryear. Formal gardens as well as smaller vegetable and cutting gardens are lovingly maintained. The expansive two-acre parcel accommodates the 11,000 square foot estate, a pool and a tennis court.

In Atherton’s early days, many of its estates were “country homes” that became full-time residences. Now, as then, Atherton puts forth a clarion call to the Valley’s most prominent denizens to put down roots and make these old estates their own.