How Hillview School started me off on a writing career 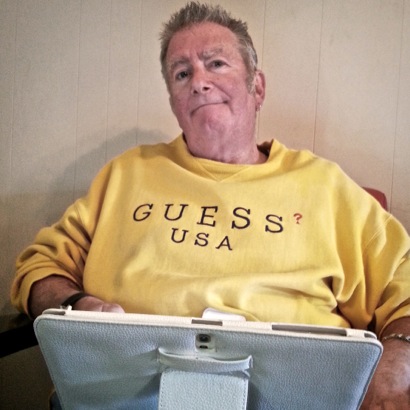 Most writers can look back to someone — a parent, teacher or mentor — who got them moving down the road to becoming a writer. But me, I have Abraham Lincoln, Robert E. Lee and Ulysses S. Grant to thank.

I was introduced to them in 1962, in Dr. Kenny’s 8th grade class at Hillview School, home of his then world famous Civil War report. We’re talking a paper expected to be completely researched, footnoted, illustrated and neatly typed. And long enough to make your average master’s project feel woefully inadequate.

The bad news: We only had about five months to pull our Civil War reports together.

So, I dove right in, combing the public library and sending off to every Civil War battle site in the National Park Service’s directory for any book or pamphlet they could spare.

Spring got put on pause while I dug deep into the battles of Vicksburg and Chancellorsville.

Which meant forgetting about Wally and the Beaver for a few months. Not to mention missing Paw, Granny, Jethro and Ellie May’s big move to the hills of Bever-lee. Plus an entire season of Rocket J. Squirrel and Bullwinkle the Moose.

But somewhere around single-space typed, footnoted and fully annotated page 37, something began to slip. I started taking short breaks in my academic pursuit of the War Between the States, filling some of the time with snippets of my own writings.

At first, it was just a paragraph here and there. Then, verses of bad poetry and full-blown limericks. And finally — horror of horrors — entire humorous short stories!

Satire had weaseled its way into my writing. The hook was firmly set, and I was at the mercy of an addiction stronger than any drug one could administer with a needle. I was now a full blown satire and comedy junkie.

To use the slang of that day’s back alley gin joints and gag mills, I had a weisenheimer on my back. Rimshot, fah-dump-bump-bump.

It’s been more than 50 years since I turned in that research paper full of puns, wisecracks and one-liners. To which Dr. Kenny responded with a grade of C-minus and the handwritten comment, “I had no idea the Battle of Bull Run was such a knee-slapper. Stop making fun of our country’s history.”

Over the years, I learned to deal with my addiction to humor, eventually moving to Los Angeles, where I spent the next four decades working as an ad agency copywriter and creative director.

Now I write drop-dead funny, fast paced crime and murder novels that poke a lot of satirical fun at the whole L.A. lifestyle and the entertainment industry.

And I still strongly believe that Hillview School and Dr. Kenny deserve some of the blame.

Because without them, I wouldn’t have found much to laugh at in the antics of one bearded President and a pair of generals who looked like extras from “Duck Dynasty”.

And Lord knows how I would have handled Rodeo Drive, vegan tanning salons and the Kardashians.

Note: Jeff Lee is a 1962 graduate of Hillview School. His books are available in Kindle format on Amazon. More information is available here.

What a warm and terrific story. Who is this Jeff Lee guy? I’m going to have to look him up on Amazon Kindle and check out his books. Thanks for sharing.

Well, OK. But only because you said ‘please’. Thanks, Dana. I appreciate it.