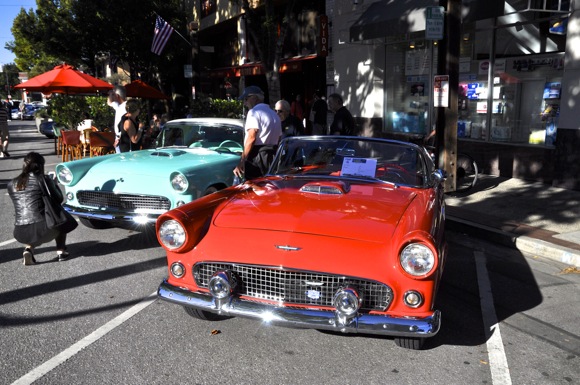 Hats off to the person from the Menlo Park Chamber of Commerce who had the good idea of adding classic cars to the annual Downtown Menlo Park Block Party held last night on Santa Cruz Avenue. In our opinion, they’re a hit — lots to look and see covering decades of automotive history, with people respectful of the “look but do not touch” instructions. 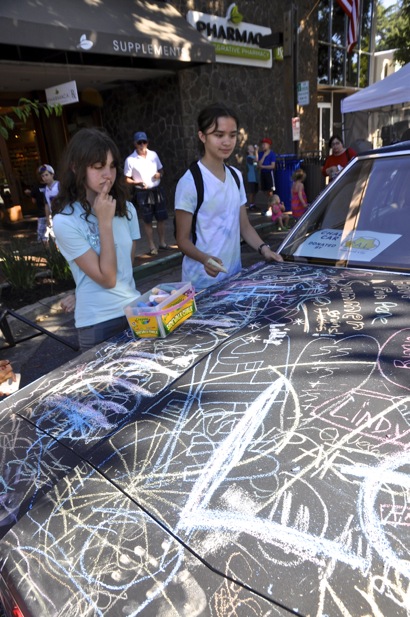 The other break this year was near perfect weather — no need to bundle up against cool winds or even rain, as happened one year.

The downtown party also kicks off the weekly concerts at Fremont Park which will continue through August 12 (except July 1). Last night’s performers were Beatles’ tribute band, The Sun Kings.

We offer some sights from the night that summer officially starts in Menlo Park, even if the official date isn’t until June 21.

Captions:Teenage girls ponder what to add to the Chalk Car. 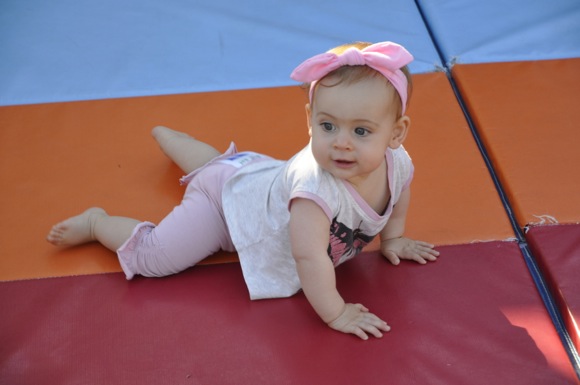 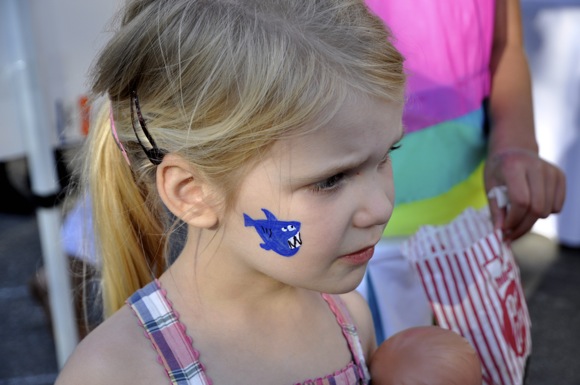 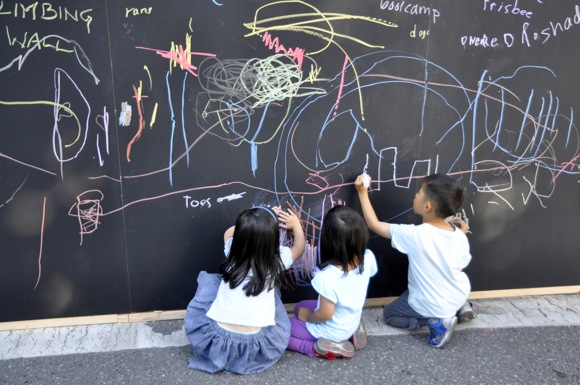 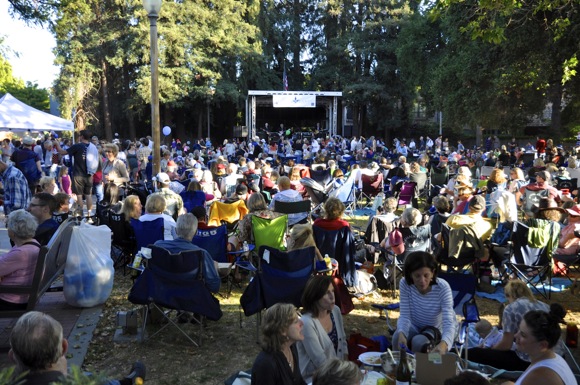 Was that car a Sunbeam Alpine???? I had one in college! If the cars are back next year I will be back too!!!