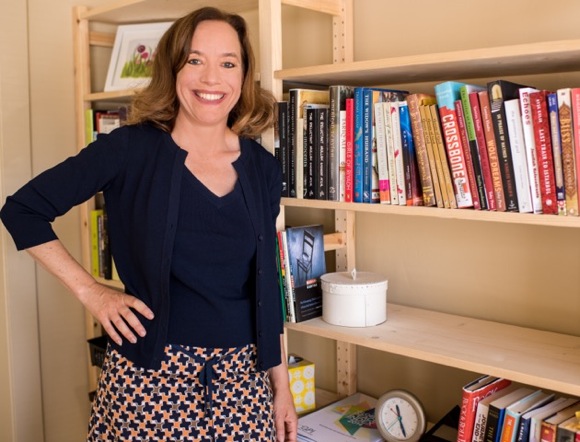 We first met Menlo Park newcomer Jennifer Bryson when she was organizing no-host parties to watch the victorious U.S. women’s soccer team. Along the way, we stumbled on the reason the Bay Area native had returned after many years on the East Coast. She’s the Executive Director of a new non-profit, The Zephyr Institute.

“Our main focus is very local — intellectual enrichments for Stanford students and the surrounding area,” she explains. “Our context is First Things magazine. It’s a religious intellectual journal that covers the type of ethical issues we are interested in.

“This area and the University [which Jennifer is a graduate of] are so heavy into computer science and engineering. We want to offer opportunities to delve deeper into questions of the humanities.

“One way to sum up our mission: Surrounding people who seek to live lives of virtue with a culture that helps rather than hinders their efforts.”

An example is a seminar for high school and incoming college students that the Institute is offering on August 15th at Menlo College titled the First Principles Seminar. Attendees are required to read Plato’s Apology, Crito, and Meno as well as Peter Kreeft’s A Refutation of Moral Relativism, which the Institute will provide in advance. More information and registration are available online.

Jennifer bikes from her Menlo home to her Palo Alto office every day, a practice she began six years ago when in New Jersey and Pennsylvania. “There’s no such thing as bad weather, only bad clothing,” she quips.

What she considers “very good bike lanes” is one reason she chose to live in Menlo Park. The other perk she discovered is the Synergy Badminton Club, commenting: “I never lived anywhere that had such a great facility!”