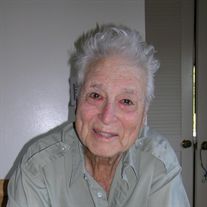 Reginald McGovern, who touched the lives of many on the mid-Peninsula both as a pioneering photographer and a band music record producer, died August 5, 2015 in Mountain View at the age of 95 of complications from a fall. A memorial service will be held at 3:00 pm Friday, Aug. 21, at Peninsula Covenant Church, 3560 Farm Hill Boulevard, Redwood City.

Born in Redwood City, McGovern was the son of San Mateo County Sheriff Thomas McGovern and his wife, Hilda, who became the first woman state traffic officer in San Mateo County in 1928 months after her husband’s death.

The Sequoia High School graduate attended San Mateo Junior College and then worked briefly for United Air Lines before joining the U.S. Coast Guard. He served during World War II in the South Pacific aboard the ammunition ship, the U.S.S. Murzim.

Hired in 1945 by the Redwood City Tribune, McGovern won numerous awards for news and feature photos during his 36-year career. One dramatic shot of a San Carlos chemical company fire was the most honored news photo of 1950. Curious and outgoing, he had a natural nose for news and an eye for unusual angles. An ardent animal lover, his favorite subjects were cats, monkeys and goats, and he welcomed assignments at Marine World-Africa USA or the Peninsula Humane Society.

He and his wife, Janet, collaborated in 2008 and 2010 on local history books, Redwood City and Redwood City Then & Now, and on the recently published Menlo Park. A rail fan who photographed trains all over the world, McGovern’s pictures also appear in a 2012 book on Caltrain written by his wife.

Among his many enthusiasms, McGovern loved band music, and in the early 1950s, when it was becoming increasingly difficult to find recordings, he started his own record company, Fidelity Sound Recordings. The first of more than 200 record productions was of Stockton’s College of Pacific Band. Over the next five decades, McGovern recorded many top college bands, as well as foreign groups such as the New Zealand Army Band, the National Band of New Zealand, and H.M. Royal Marine Band. He had a particularly close association with the Ohio State University Marching Band, and in 2005 its alumni club made him an honorary life member as a result of his nearly two dozen recordings.

It was through music that McGovern developed a deep bond with the Salvation Army, traveling again and again to New Zealand and Australia starting in the 1950s to record their outstanding brass bands. He recorded many “Sally Ann” bands and choruses in the U.S., Canada and England, and regarded his Salvation Army association and friendships among the most important in his life.
In addition to his wife of 30 years, McGovern is survived by his two sons, Thomas of South San Francisco, and James of Walnut Creek and his wife, Kim; two grandchildren and four great-grandchildren.

An appropriate way to honor him would be through contributions to the Salvation Army, Golden State Division, 832 Folsom St., San Francisco 94107, or to Kainos Home & Training Center, 3631 Jefferson Ave., Redwood City 94062.