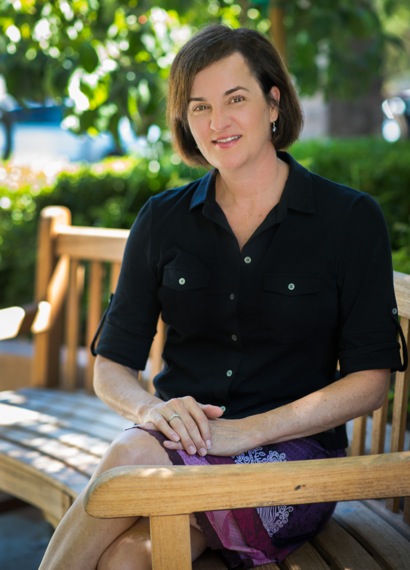 D’Anne Burwell first crept out of the shame-of-addiction shadow two years ago when she introduced the documentary, The Anonymous People, at a screening at her alma mater, Menlo-Atherton High School. Now she’s more fully in the spotlight with the release of Saving Jake: When Addiction Hits Home.

The book chronicles her son’s years of drug addiction and how it affected their family. Its release coincides with National Recovery Month; Jake’s been in recovery for three years now.

“One of the reasons I wrote the book is to shine a spotlight on the disease of addiction itself along with the family disease of addition,” she says. “For every addict or alcoholic, at least four other people are affected. There’s chaos, confusion, heartache, shame. Everyone is worried sick. And everyone has a theory.”

A turning point for Jake, who had attempted to kick his habit and relapsed, came at the end of a 30-day program. “He was facing a six-month long-term program,” D’Anne explains. “Or he could go it alone. We were offering nothing but our love. He was scared to go into the long-term program but realized with the other option he’d be headed back on the street.”

According to D’Anne, overdose claims a life every 14 minutes in this country. “I think our brains are wired to hear stories rather than facts. Facts go in one ear and out the other, but stories stick.

“Sometimes I think I was asleep before. I had no idea so many people were struggling with addiction to alcohol or drugs. That there’s a heroin and prescription drug epidemic.

“For those who don’t know much about addiction, my book will hopefully inspire people to be compassionate rather than judgmental.

“I feel like I’m a different person today by going through this with my son and by writing the book. I’ve changed completely. I more even tempered. What’s important about life now is spending a day with my son,  being with my family. All the rest is extra fluff.”

Saving Jake is available on Amazon.