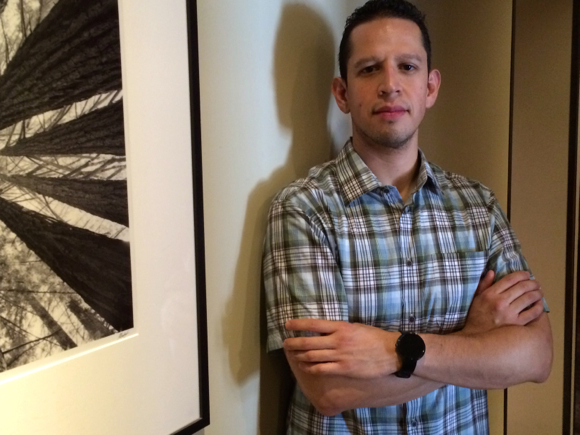 When Luis Pimentel entered Menlo-Atherton High School as a freshman, he was placed in remedial English. He’d been in this country just a few years, immigrating with his family from Mexico and settling into a one-bedroom apartment in the Belle Haven neighborhood of Menlo Park.

By the time he was a senior, he was in AS English and was accepted at five of the seven colleges he applied to. He was awarded a $12,000 scholarship from the Peninsula College Fund, which was founded by Menlo Park resident Charles Schmuck. He enrolled at UC Santa Cruz, with the idea of becoming an immigration attorney but changed course almost immediately.

He’d met another freshman, also from M-A — and also a PCF awardee, Sergio Zamora. “We became good friends,” Luis recalled. “In his freshman year he was diagnosed with melanoma, and sadly, in the middle of spring quarter, he passed away.

“I was shocked and upset because here was a good friend whose dreams and aspirations had been ended far too early. I always had a passion for science, and because of Sergio, I started taking more science classes at UC Santa Cruz. I wanted to major in something where I could help combat the many diseases that end people’s lives early, especially cancer.”

Today, Luis is working at OncoMed Pharmaceuticals, a clinical-stage biotechnology company, which is focused on developing novel therapeutics that could provide alternative cancer treatments.

“For me, it’s like doing Master’s work while on the job,” Luis said. “I plan to pursue a PhD in biochemical engineering, hopefully at UCSF.”

Luis has stayed involved with Peninsula College Fund in the organization’s alumni program. He’ll be part of the PCF’s 10th anniversary celebration on Thursday, October 15, from 7:30 to 9:00 am, at the Menlo Circus Club in Atherton.  Special guest will be NBC Bay Area News anchor Jessica Aguirre. The community is invited to attend. Breakfast will be served. There is no charge but attendees are asked to RSVP online or by email to Karen Canty: kvscanty@comcast.net.

“Knowing what I know today I would have joined PCF if [the only thing it] provided was the valuable mentoring I received from Les and Fran, who helped me navigate through many tough situations,” said Luis. “They are all still a part of my life.”