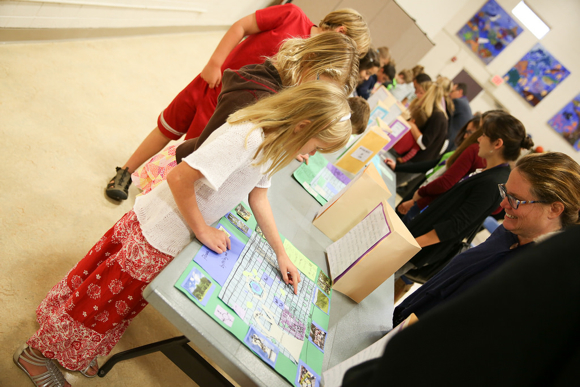 Third graders are always at the forefront of designing new public places for their hometowns, right? Well, yes, if they are in one of two third grade classes at Laurel School in Menlo Park who have implemented a project-based learning (PBL) unit in social studies this Fall. The students showed off their designs this morning at a program in the school’s auditorium.

According to Theresa Fox, the school’s Educational Technology Instructional Coach, the students first learned about how communities change and grow by studying the history of Menlo Park. They discovered how near the school is to where the Flood Mansion used to be and looked at photos of Kepler’s at its first Menlo Park location. 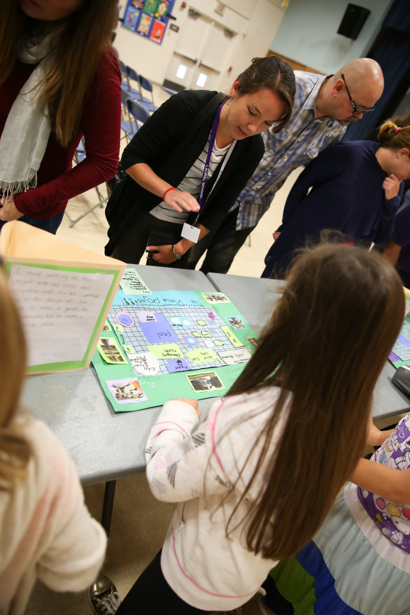 “We then invited in the Stanford team who is running the public engagement component of the Middle Plaza project,” explained Theresa via email. “They modeled the process of how a landowner creates and submits a plan to city planners, engaged the students in looking at key components of a public plaza, and ended by inviting the students to create their own designs/proposals for the Middle Plaza space.”

Their work will be on display during the next Middle Plaza community meetings in November.

Third grade teacher Priscilla Seely views the project as “striking gold.” “This is a real world project that will, on completion, be in place for decades,” she said.

The Middle Plaza design project is a component of a larger prototype happening at Laurel this Fall that’s part of the visioning process in anticipation of Laurel Upper opening Fall 2016.

“We are actually prototyping project-based learning, design thinking, and constructivist/concept-based learning in our second and third grade classes this fall,” explained Theresa. “Each of the three models is being tested in two classes at each grade level. All of this is resulting in really exciting innovation, tech integration, community involvement, and most importantly, student engagement.” 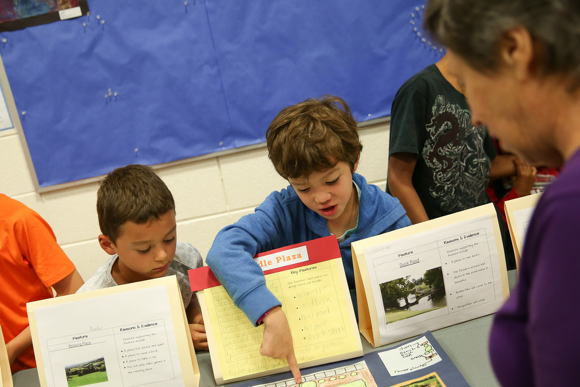