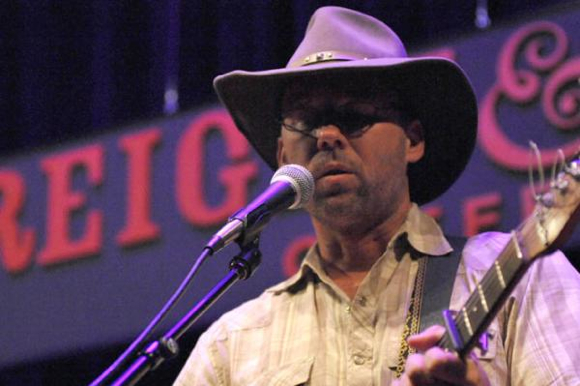 Now a veteran of the folk scene, Michael has logged over 20 years worth of concerts across the country, and he’s written more than 150 songs along the way. He is known for his seasoned voice, accomplished steel string guitar work, and vivid brand of storytelling.

Michael is also an Etch-A-Sketch artist of some renown, delighting and dumbfounding audiences with his song illustrations on the classic toy. In addition, he owns and operates the Mudpuddle Shop in Fremont’s historic Niles district, where he has hosted hundreds of concerts and jam sessions. His original Etch-A-Sketch art creations are also a shop attraction – a couple of dozen or so hang on the wall, just waiting for an earthquake to clean the slates.

The free performance by Michael McNevin is funded by the Friends of the Menlo Park Library and will take place Saturday, November 7, at 11:00 am at the Menlo Park City Council Chambers located at 701 Laurel Street. Refreshments will be served.