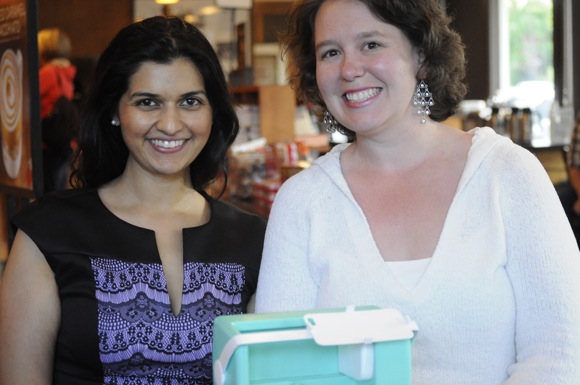 Co-founder Pree Walia (left in photo) of Menlo Park startup Preemadonna is surprised at how many people don’t get the play on words of her company’s name. “Prima donna may have a negative connotation now,” she said. “But it means First Lady in Italian. And women can feel like prima donnas when they get their nails done!” 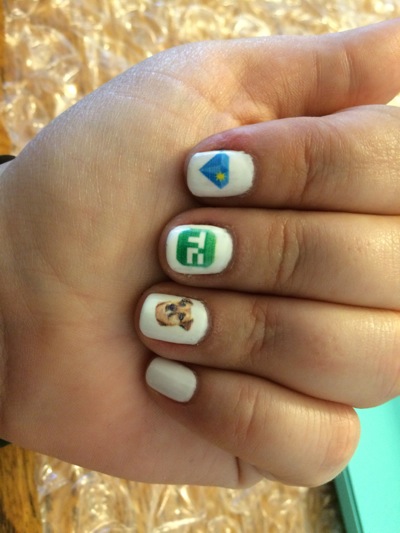 Nails, or more specifically nail art, is what Preemadonna hopes to be all about — at least initially — once the round of crowd funding is complete. Pree and co-founder Casey Schulz, who is Head of Product,  debuted their Nailbot, which prints art on nails using a smartphone, at TechCrunch Disrupt SF 2015. Today, they are participating as a finalist at Lady Pitch Night sponsored by Girls in Tech.

“The Nailbot prints any emoji or any photo from your camera onto your fingernail,” said Pree. “Nail decoration transcends age but we think girls — tweens and teens — are going to love it most. We do want to make it clear that the Nailbot isn’t a toy.”

Casey has a background as a robotic engineer and has worked at NASA Ames and the National Ignition Facility at Lawrence Livermore National Laboratory, among other places. “The idea of getting involved in anything beauty related wasn’t in my path,” she said. “But along came Pree, who found me on LinkedIn. We’re neither a traditional tech company nor a traditional beauty company. Our hope is to empower girls and teach them things.”

Continued Pree: “Our mission is to inspire girls with creative technology. Our Ambassadors program is an effort to reach out to young girls so they can learn about digital storytelling and graphic design as well as computer programming and hacking.”

The startup hopes to ship product by September, 2016.