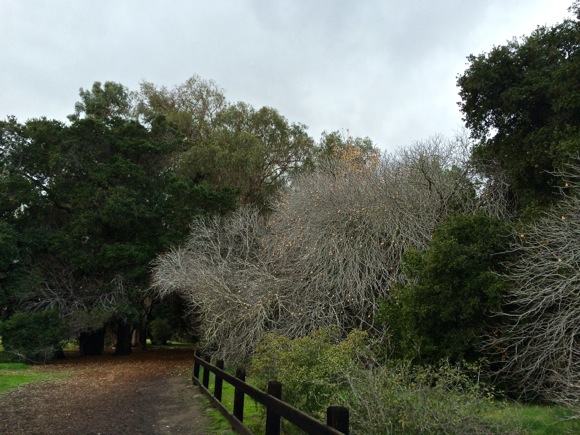 When we were walking between 1:30 and 2:00 pm along Bay Laurel in Menlo Park (photo right), skies were blue and only an occasional gust of wind was there to remind us of the morning rain. 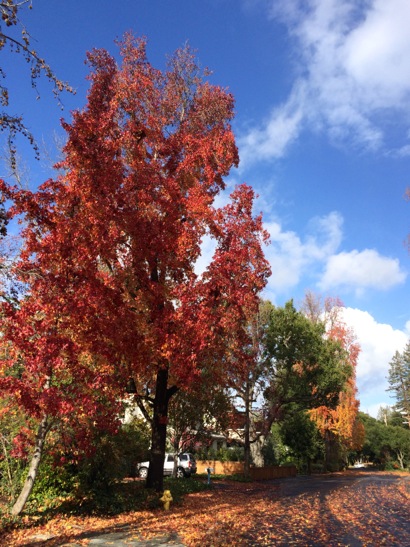 But shortly after crossing the pedestrian/bike bridge over San Francisquito Creek, the sky darkened, and by the time we hit Oakwood apartments it was pouring again!

That echoes InMenlo weather watcher Bill Russ’s report sent at 2:30 pm: “More rain may fall. I hear it on the roof right now, but I’m going out and won’t be back until after dark.

“I am suspicious of ‘normals’ and ‘average’ because of the variation early in the rain season. By the end of February and early March we’ll have a better picture.”