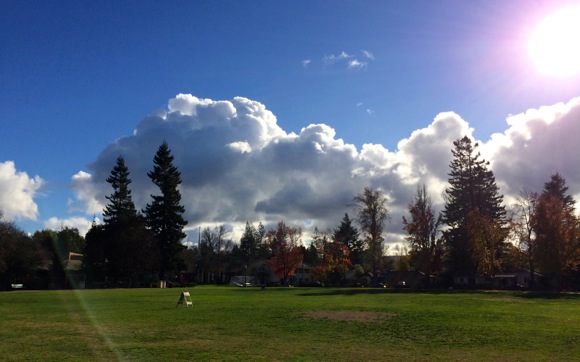 InMenlo weather watcher Bill Russ emailed: “.2″ in my gauge this morning. My season-to- date total is 4.8″. As the weekend develops, I will provide comparative figures.”

By early afternoon the sun was shining over Jack Lyle Park, which was originally known as Los Amigos Park and is on the site of the old Fremont Elementary School. ThePark was re-named in memory of the only active police officer killed while on duty in Menlo Park.