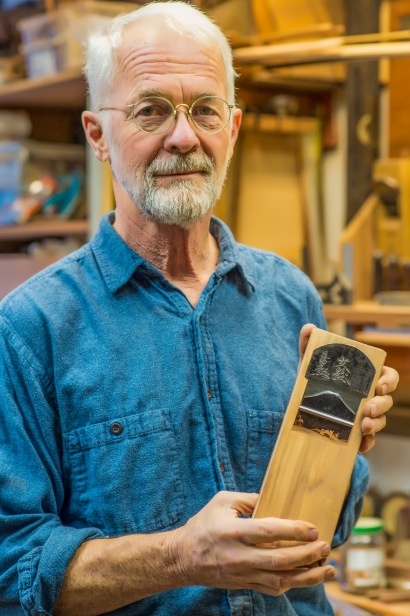 While Mike Laine was introduced to woodworking early in life — the house he grew up in had a shop with all sorts of hand tools passed down by his grandfather — the thought that he would pursue the craft as a profession did not enter his mind.

“I grew up with the expectation that I’d work in some kind of white collar job with a secretary,” he said. “But I liked making things, whether it was building cages or surfboards.”

Five years after graduating from Cal, he met Makoto Imai, a master carpenter from Japan, along with Len Bracket, who owned a company called East West that focused on Japanese architecture.

“I remember watching Makoto sharpening tools,” he recalled. “Then he’d go to work, and I would marvel at where he ended up. It was magic to me. And I said, ‘This is what I want to do.'” 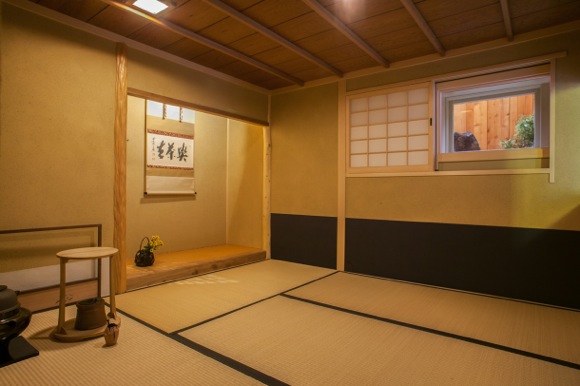 Working out of the studio at his Menlo Park home, today Mike focuses on designing and building Japanese tea houses and tea rooms along with entryways, gates, and structures that define transition space.

As he explains on his website, “Some of the characteristics that distinguish this kind of work are a deep respect for wood, a need to use the material wisely to create durable, long-lasting products, interesting construction techniques that add sophistication and beauty, and a never-ending education about the aesthetics of wood and how to use it harmoniously.”

In his studio, Mike showed us the tools of his craft, which he uses to smooth and shape wood. 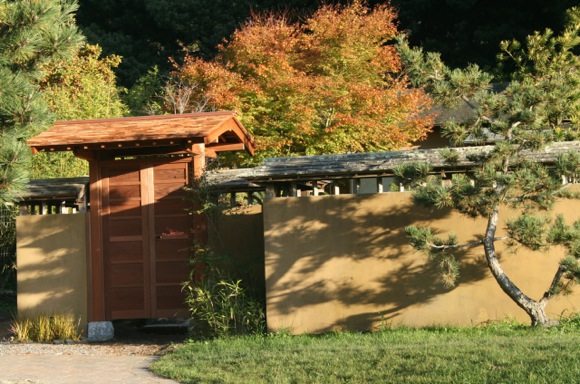 You can view a gallery of Mike’s work online. The photos that accompany this post include a tea room built at a Peninsula home and the gate to the garden of the tea house at Green Gulch.