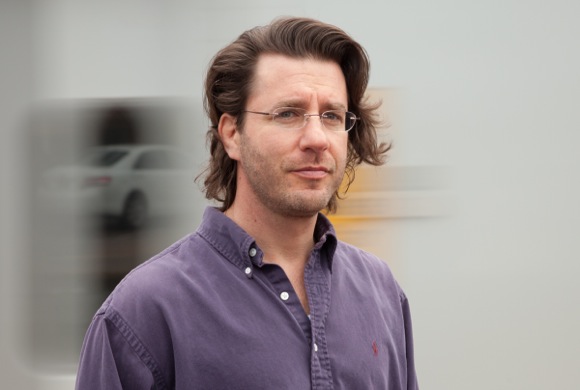 Menlo Park-based best-selling author Barry Eisler’s 11th book is about to be published, and it doesn’t feature either John Rain or Ben Treven, his two well-known characters. Instead, The God’s Eye View introduces readers to Evelyn Gallager, who works for the NSA and learns that the agency’s director is intent on “capturing every phone call, email, and keystroke tapped on the Internet.”

It’s a book, Barry says, that wouldn’t have been as credible before the Edward Snowden revelations. “People might have found the book entertaining, but they’d probably have thought, ‘Eisler is crazy. There is no way the government is doing this.’

“But Snowden blew the whistle on the corrupt and criminal programs that we now know to be a fact. I don’t think there are many people who weren’t actually involved with these programs who could have predicted them.”

While a book of fiction, Barry lists all of his source information at the back of the book. He’ll be talking about The God’s Eye View during an appearance at Kepler’s on February 2 at 7:30 pm; tickets are available online.

Barry was in Tokyo when the Snowden case broke, and he’d already had the germ of the idea for what became his 11th book. “The Snowden case was rocket fuel for writing it,” he says.

As his fans know, before becoming a best-selling author, Barry was a covert CIA operative, attorney, and Silicon Valley startup executive. But writing is something he’s done since he was a kid, something he says “I always had a knack for.”

“I wrote a political column for the school newspaper when I was at Cornell. And wherever I was working, if something needed to be written, my colleagues would come to me.

“It’s almost embarrassing that I didn’t start writing seriously until my 30s. The first John Rain book started out as the idea for a story when I was in Tokyo. I kept playing around with it. It was eight years from first idea to sale of first rights.

“I finally got to the point where I felt I could quit my day job and write full time. Funny how we can see risk in one direction and assume there’s no risk in the other direction.

“While it felt risky to change — to quit my job — if I’d stayed with the day job, I would have been only able to devote just a fraction of the time to writing. So both paths would have involved risk!”