Today’s rain is of the weeping kind 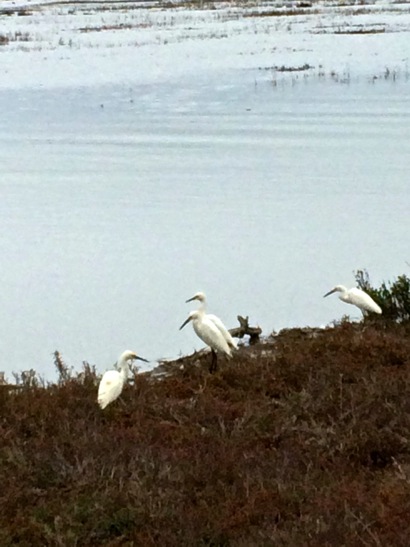 We heard from InMenlo weather watcher Bill Russ early this morning when he reported another .1″ of rain, which he described as “more a weeping than a rain.” It brings his total year-to-date to 11.55″.

A group of egrets spotted at Bedwell Bayfront Park at the foot of Menlo Park didn’t seem to be disturbed by the constant misting.