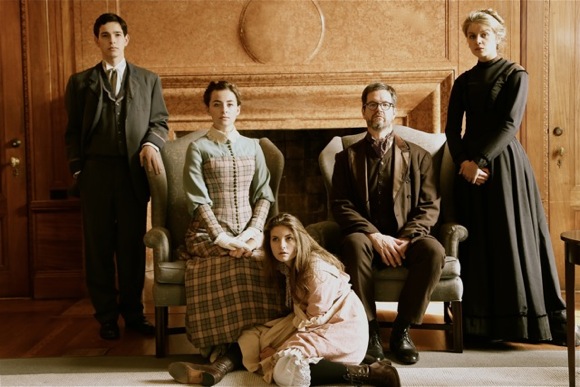 The Tony Award-winning play, The Miracle Worker, is being presented by Menlo School the first weekend in February: the 5th (at 7:30 pm), 6th (2:00 and 7:30 pm), and 7th (2:00 pm) in Florence Moore Auditorium. It is the true story of Anne Sullivan, a teacher who brought language and compassion into the dark and silent world of the young blind and deaf Helen Keller.

The community is welcome; tickets are $10 for adults and $5 for students at the door, also available online. 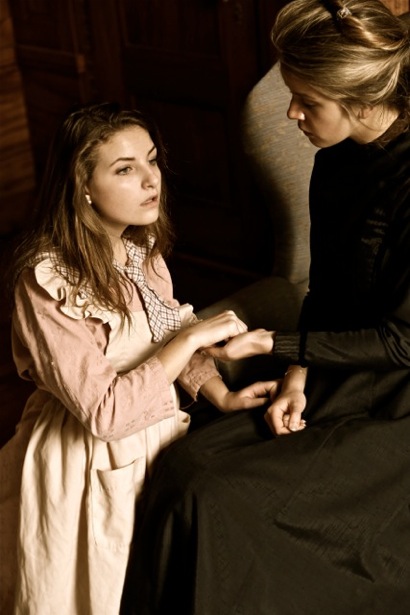 “I see the play as about more than just one person’s triumph over deaf-blindness,” says director Steven Minning. “It’s about the vital human importance of communicating across boundaries of any type.

“I chose The Miracle Worker because it’s an amazing story that’s based on actual facts and because I realized that some of our students were not familiar with who Helen Keller was and the impact she had on our world.”

Junior Maya Donato plays Helen Kellar. “This role is very, very physical,” she says. “In the beginning, Helen’s behavior is incredibly animalistic and childish. She is constantly hurting others, and so there are a lot of very physical fights I’ve had to prepare for. The cast and I work with a fight director to make sure all the punches, hits, wrestles, and kicks are done in a safe way.”

Junior Kate Lucas portrays Helen’s mom, Kate Keller. “Such a physical show as The Miracle Worker is an entirely new experience for us students and combines a lot of movement with a lot of stage combat,” she says. “The process is taxing and you have to be on your game and on task 100% of the time.”

Another new experience for Kate was playing opposite a faculty member, Dr. Charles Hanson, starring as Helen’s father, Captain Keller. “Taking part in The Miracle Worker is a rare chance to go outside my comfort zone and try to learn how to do something really hard, and learn it fast, while I’m busy doing a lot of other things at the same time,” says Charles. “That’s what we ask the students to do every day, and it’s good to be in their shoes for a change.”

The production provides the students an opportunity to select a non-profit organization to support, whose work correlates to the message or themes of the production. Mirrored on the “Broadway Cares” model of asking the audience for dontations at the end of the show, the past eight productions have raised over $14,000.