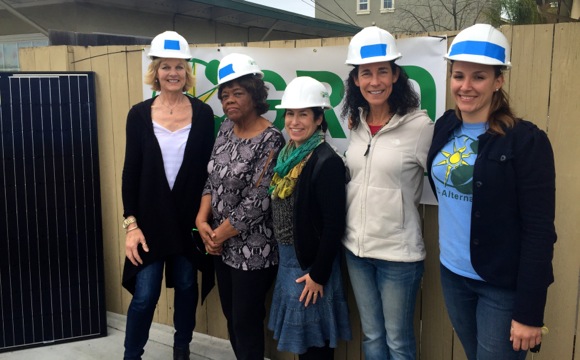 Gloria received a 1.9kW (CEC-AC) solar system, calculated to cover about 90% of her electric bill, saving her $465 over the year. She is the first of 10 low-income homeowners in Menlo Park’s Belle Haven neighborhood to go solar. 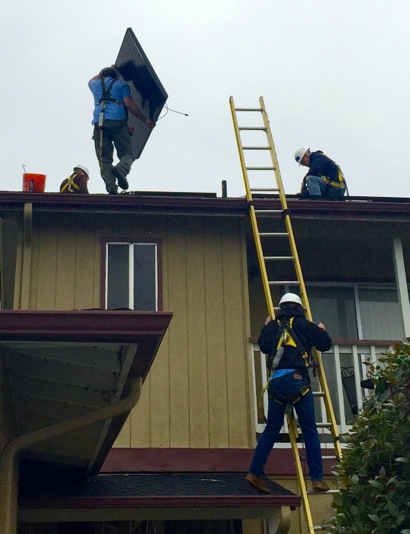 “The City of Menlo Park believes every family, regardless of their economic status, should enjoy the opportunity to reduce their energy costs and reinvest in their families’ futures,” said City Council Member Ray Mueller, who helped alert Belle Haven residents to the program. “What better way to do that, than with clean, solar power.”

Added Lauren Swezey, Facebook Sustainability and Community Outreach Manager: “Facebook cares about its surrounding community, and we are committed to contributing to our neighborhood in meaningful ways,”

“Menlo Spark and Facebook share values of sustainability and community, and a vision of innovation and technology to secure a successful, vibrant future for the City of Menlo Park,” said Diane Bailey, executive director of Menlo Spark.   “We’re grateful to Facebook for sponsoring this project to bring clean energy to the households who need the savings. This project shows how collaborations around clean energy can benefit everyone.”

Facebook’s sponsorship, along with funding from the California Public Utilities Commission’s Single Family Affordable Solar Homes Program, will help 10 families save an estimated $250,000 over the next 25 years. Average households in the area spend $100 or more per month for electricity. The solar systems will also prevent an estimated 550 tons of greenhouse gas emissions, which is the equivalent of removing 100 cars from the roadways for a year.