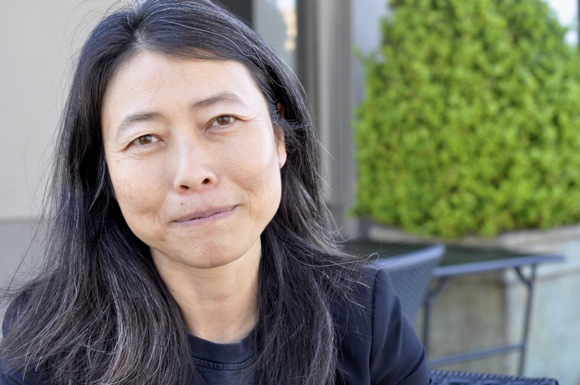 Natty Netsuwan has a mission in life: “To get people to cook Thai food authentically. I know that it can be done!” she says.

Her fellow Menlo Park residents can take the first step in learning how by attending a cooking demonstration at the Menlo Park Library on Saturday, March 26, at 10:30 am. She will demonstrate how to make Massaman Curry Paste and Massaman Curry, Jasmine Rice and Tapioca Pudding (Saku Peiak). She promises an informative, fun and delicious Thai cooking demo, in which she says she will “reveal everything you want to know about Thai food but were afraid to ask.”

Natty was born in Thailand to a family who loves eating well and cooking from scratch. In 1995, she created a website, ThaiTable, which has become the most popular Thai food website. She occasionally cooks in private homes and at events.

She says it’s hard to pick what would be a good introductory Thai dish for someone unfamiliar with the food, given that there is such a range of choices and it comes down to personal taste and preferences. “People often ask me where they can go for authentic Thai food, and I recommend either of the two Bay Area Thai temples,” she says. “One is in San Bruno and the other is in Fremont, and they both have lunches after Sunday services.”

The March 26 event is just for adults, and is free, thanks to Natty’s generosity as well as additional support from the Friends of the Menlo Park Library. No preregistration is necessary to attend, but space is limited.

While Natty cooks primarily Thai and Indian food at home, she’ll cook American occasionally, particularly around holidays. With Easter coming up, we asked her what was on her menu. “I’m still deciding,” she says. “I love lamb but my kids don’t. But I do know I’ll make a berry pie, which I’m pretty good at!”