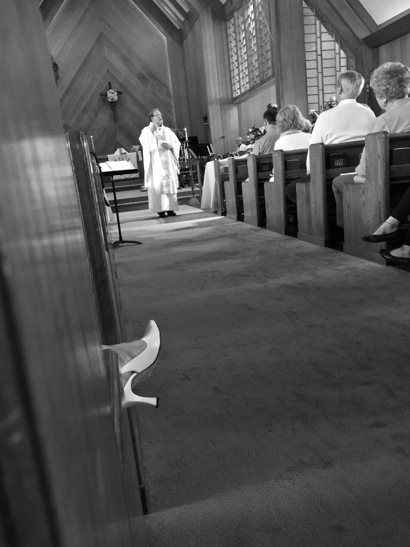 We admit to being influenced by the photojournalists we’ve known who manage to capture an image that’s just a little bit off kilter, which ultimately makes it better than if it had been “perfect”. That is our take on this photo shot during the Rev. Matthew Dutton-Gillett’s sermon during the Easter service this morning at 10:30. We think it’s the white heels — so attentively pointed toward the speaker — that make this shot, not to mention that it’s in black and white!