Located just off 280, Edgewood is known, in particular, for its display of wildflowers scattered across its grassy hillsides. It hosts docent-led wildflower walks every Saturday and Sunday at 10:00 am through June 5. 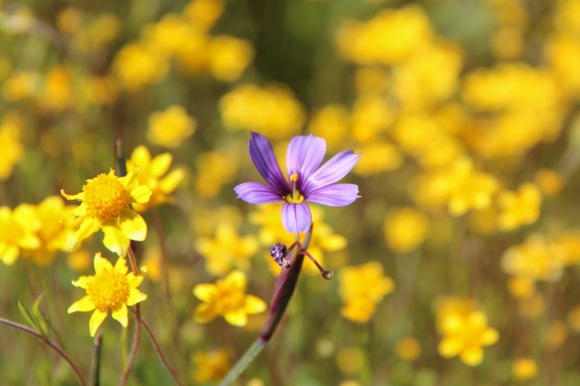 The walks start from the Bill & Jean Lane Education Center and cover about three miles. Note: On the four Saturdays of April, walks also start from the Clarkia Trailhead on Cañada Road. No reservations are needed unless you have a group of 10 or more. For group reservations, contact Events@FriendsofEdgewood.org. 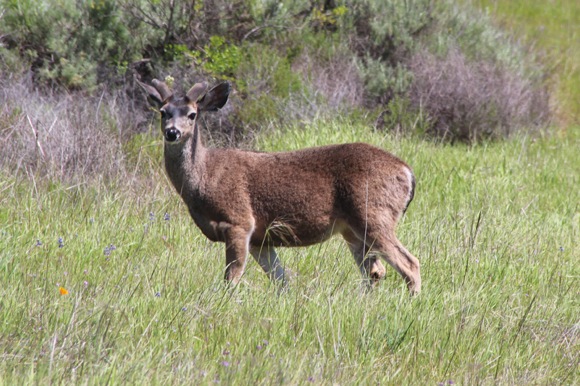 The young buck that Frances spotted is just one of the many creatures that make the Park their home or pay it a visit. Other mammals include coyote, bobcat, skunk, and raccoon. The several species of reptiles include rattlesnakes. The Bay checkerspot butterfly, once an inhabitant of the entire Bay Area, and now listed as an endangered species, is found only in this park and three others.

There are 10 miles of trails that wind up and around the park. One, called Serpentine, is named for the very rare rock type found at the park.