M-A celebrates Earth Day with a week of actitivies 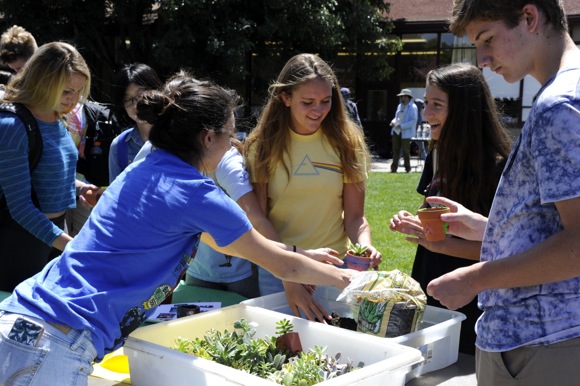 Generally speaking, Earth Day pertains to a one-day celebration on April 22, hence the latter part of the name. But for Menlo-Atherton High School, it inspired a week-long compilation of environmentally-focused awareness and activities sponsored by the M-A SEEDS Club.

The week began with “Water Awareness Day” on Monday with the SEEDS Club encouraging students to live “3-2-1” style by taking a 3-minute shower, brushing their teeth twice, and flushing the toilet once.

Following Water Awareness Day came the ACE Climate Change Assembly on Tuesday. During the assembly, the Alliance for Climate Education discussed the science behind climate change, its effects on people, and ways for students to get involved. 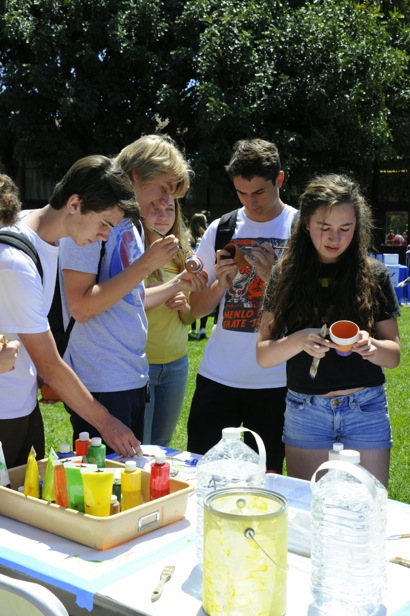 “The Earth Day celebration was super cute,” explains M-A student Kalina Zanelli. Like many students, Kalina visited several of the booths, including one dedicated to face painting and another that provided drought-resistant plants. “I got a succulent, which was also really cute, and we painted [the pots]. The face paints were of flowers to bring awareness to the need for plants.”

In addition to the interactive, art-focused booths were two vegan and vegetarian booths aimed to show students “how accessible and tasty veganism can be,” says Kirby Hocking, one of the students who ran a vegan booth. At Kirby’s booth, students made both vegan and regular pancakes to illustrate the benefits of a vegan diet. She explains that her group “just wanted to make sure that people at M-A who are vegan (or just want to try it) do have options at a school event.”

Their goal, however, was not solely to provide vegan options at a school function; it was also get local organic ingredients as well as to promote sustainability, and “veganism is very sustainable.” For Kirby, the environmental fair was a huge success: “People seemed to really like the vegan pancakes and they responded really well.” 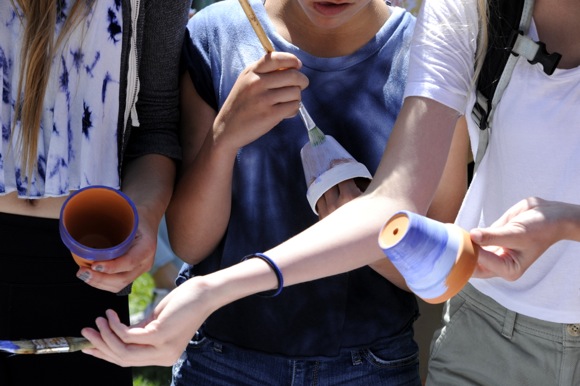 Though M-A’s environmental week continued with “No Garbage Thursday” and “Fossil Fuel Free Friday,” the environmental fair on Wednesday was the week’s main focus.

Kalina believes that the fair was successful in raising awareness and getting “people really excited about gardens or plants or becoming vegetarian or cleaning up the Bay Area, and Earth in general.”

Like Kalina, Kirby viewed the fair positively, sharing that, “The fair in itself was a really good idea and I hope it continues next year.”

My Sister was the first Ms Earth Day at San Jose State University.
They buried a new sports car !

It was just starting back in the day 😉