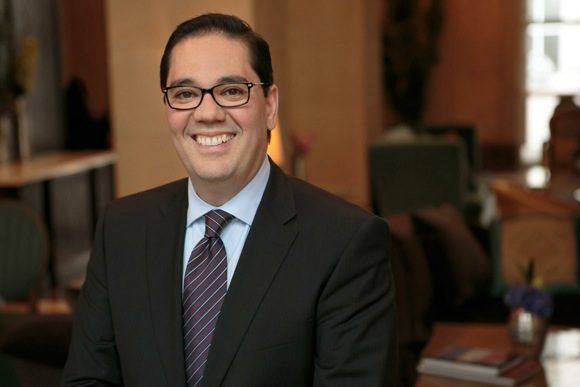 Avi Haksar became familiar with hotels early in life as his parents were from different parts of the world, India and Ireland. “Growing up in India, I did a lot traveling with my mom both to Ireland and the States and stayed in a lot of hotels,” he explained. “You get a sense of the sights, sounds and smells.”

Even with that experience, he studied marine biology and biochemistry at the University of Miami. “I enjoyed the field work very much,” he said. “But I was more interested in meeting people than doing lab work. That led me to go to Les Roches International School of Hotel Management in Switzerland.”

This January, he became Managing Director at Rosewood Sand Hill following a stint at Rosewood Crescent in Dallas and a number of Four Seasons properties. The Menlo Park hotel is one of the smaller properties Avi has overseen or worked at. “That it was a five star facility with a resort kind of feel excited me,” he said. “There’s more time to spend with the team and to get to know everyone personally. There’s also more time to spend with the guests.”

Not surprisingly, Avi said that hospitality management is all about people and service: “For me, the most important thing is that we have incredible service, and it has to be consistent. We want to anticipate our guests’ needs and be there before they ask.”

Surrounded as he’s been by chefs, it’s also not surprising that Avi’s principal hobby is cooking. “I collect cookbooks and recipes,” he said. “My 8-year-old son is my best critic.

“And I also continue to enjoy travel, even though I’ve lived all over the world.”

Avi’s favorite spot if he had to pick just one — Sayulita, Mexico. “It’s such a great little town.”