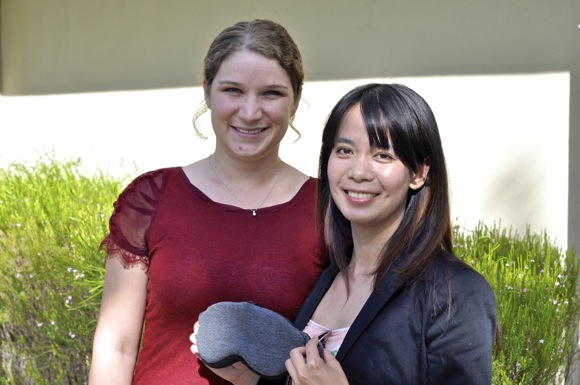 Jet lag. The scourge of multiple time zone flying. Can it be tamed? That’s the promise of the Smart Sleep Mask being developed by Menlo Park startup LumosTech. The mask’s technology can shift circadian rhythm up to three hours in one night using millisecond pulses of light that activate the same neural systems as natural sunlight.

The mask is based on research done by Stanford scientist Jamie Zeitzer, PhD, who is the startup’s advisor. In his most recent research he and colleague Raymond Najjar, PhD (now at the Singapore Eye Research Institute) found that short flashes of light at night are more effective than continuous light exposure and could further speed up the process of adjusting to a different time zone before a trip.

The transfer of light through the eyes to the brain does more than provide sight; it also changes the biological clock. A person’s brain can be tricked into adjusting more quickly to disturbances in sleep cycles by increasing how long he or she is exposed to light prior to traveling to a new time zone. 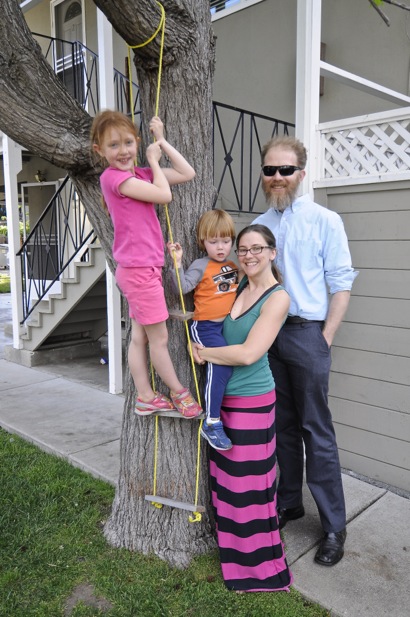 After arriving in a new time zone, the body will eventually adjust on its own, but at a slow pace of about one hour a day. Meanwhile, jet lag, which occurs because your body’s clock is still synced to your original time zone, can cause fatigue, lack of alertness, a general feeling of malaise and sometimes gastrointestinal problems.

“It’s not just for international travelers, but also for professional athletes,” said Vanessa Burns, the start up’s CEO (pictured top left with the company’s CMO, Biquan Luo). “It also has applicability to teenagers. Last week the Centers for Disease Control and Prevention (CDC) issued a report outlining the chronic loss of sleep experienced by two out of three American teenagers due in large part to early school start times.

“Many people wonder why teens can’t simply adjust their bedtime in order to clock the nine hours of sleep they need. The answer: establishing an earlier sleep schedule for a teenager involves fighting their biological circadian rhythm.”

Then there is what Vanessa and her colleagues Biquan and Kirstin Gleistman refer to as social jet lag. One example is the effect of partying hard on the weekend only to have to quickly shift back to an early get up time for week day work. And then there is the social jet lag experienced by almost every parent of a baby or toddler.

Explained Kristin, the mother of a three and seven year old (pictured with her and her husband, Wolfe, outside what has functioned as the Menlo office): “When he was younger, my son would wake up at 5:00 am. That’s not my natural wake up time, so I used the mask to shift my sleep cycle.

The company is taking pre-orders for the mask and working to refine the prototype, which they hope to have ready to ship later this year. “What I like about it is that the mask is based on concrete science,” said Kristin.