You’re a poor kid who grew up in San Francisco’s Chinatown, who heads first to Lowell High School and then on to Cal Berkeley with thoughts of going to medical school. Only there’s this little problem: you can’t stand the sight of blood.

That’s what led much-remembered and beloved Menlo-Atherton High School biology teacher Harry Wong into education, first as a teacher and now with wife, Rosemary, as an educational speaker and consultant. 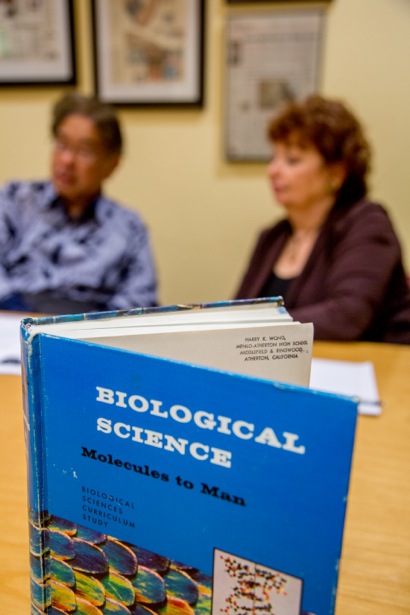 “When I got to M-A in the late 50s, I looked so young, I’d get stopped in the hallway and asked for my pass,” he recalled with a smile that’s ageless. “I really enjoyed my 17 years there.”

Harry taught both biology and general science, the latter years after he would have been required to. He remembers many of his students, some who have gone on to distinguished careers and many who keep in contact with him (like this writer, who was lucky enough to take biology from him as a sophmore).

He says the racial disturbances that erupted at the school in the late 60s were life changing for him. “Many of my colleagues were quite disturbed, but Malvin Dolmatz and I kind of seized the moment to rethink how we could provide instruction even to kids who didn’t want to be in class,” he said. “That led to us developing different approaches, some of which were activity rather than book driven. The content was the same, but the delivery was different.”

From there Harry and Dolmatz went on to sign a book deal with Prentice Hall, which took him increasingly out of the classroom. “People wanted me to come and speak to their staff, their district, about how to teach and reach kids,” he said. “One day the M-A principal called me into the office and asked, ‘Harry, what are you doing?’ and I gulped, ‘I’m leaving.’ That was a profound moment as I thought I’d spend my life teaching at M-A.”

In 1991, Harry and Rosemary co-authored and published what has become the bestselling book in education worldwide, The First Days of School, which has sold 4 million copies and is now in its fourth edition. In 1998, they founded Harry K. Wong Publications and have expanded into digital products. They continue to tour the  world speaking and consulting and believe they’ve reached over a million educators.  They also founded and fund a school in Cambodia through their First Days of School Foundation.

“All of this would not have been possible had it not been for my experience at M-A,” Harry said. “When I attended the class of ’65’s 50th reunion, I told them ‘people like you have helped me to be where I am, so I am very thankful.'”