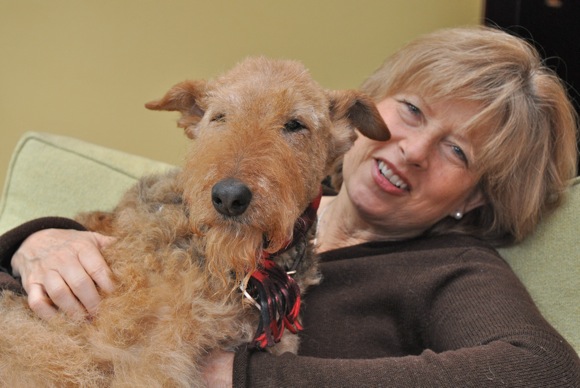 Menlo Park resident Deborah Melmon won a Christopher Award for her illustrations in One Good Deed, written by Terri Fields.

“I’m very honored and so happy for the author, Terri Fields.” she said.  “It’s a big responsibility to illustrate someone else’s story, and I was so happy to be given the opportunity. Truly a wonderful and unexpected surprise.”

According to Tony Rossi, director of communications for The Christophers, the book describes “a community where neighbors don’t smile, help or talk to each other, a child’s act of kindness sets off a chain of events that transforms strangers into friends.” It is one of 12 books for adults and young people by 21 authors and illustrators to be celebrated, along with the writers, producers and directors of nine winning feature films and TV/cable programs, on May 19 at the 67th annual Christopher Awards in New York. 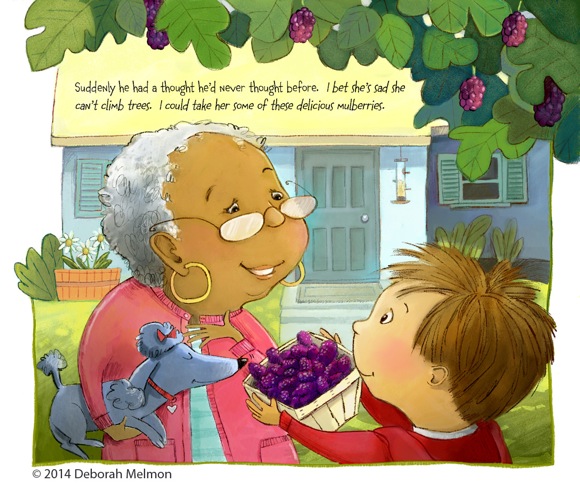 Deborah has worked as a free lance illustrator for over 25 years. After graduating from Academy of Art University in San Francisco, she started her career illustrating covers for the Palo Alto Weekly. Since then, she has produced artwork for over 30 children’s books and has licensed her artwork on gift wrap, greeting cards and fabric. She shares her studio with an energetic Airedale Terrier named Mack.

“I just finished up books five through eight of Adventures at Hound Hotel, written by Shelley Swanson Sateren, for Picture Window Books, an imprint of Capstone,” she said. “It’s juvenile fiction about a family who runs a dog hotel. Each book is a story about a different breed of dog who boards at the hotel and the adventures that ensue.”

Created in 1949, The Christopher Awards are presented to authors and illustrators as well as writers, producers and directors whose work “affirms the highest values of the human spirit.” Explains Rossi: “The world around us can seem like a dark place, but the stories we honor with Christopher Awards remind us that we can illuminate the darkness by choosing to practice faith, love, compassion, courage, teamwork, and determination.”

Photo of Deborah Melmon and Gracie (her Airedale prior to Mack) by Chris Gulker (c) 2010; illustration from One Good Deed courtesy of the illustrator;used with permission