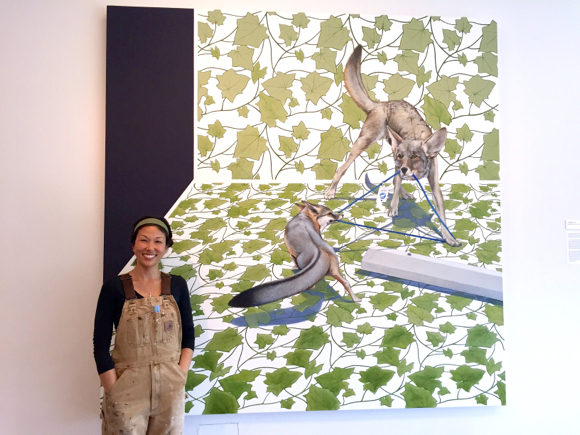 Editor’s note: Menlo-Atherton High School junior Holly Newman recently participated in Newsroom by the Bay, which originally published this article. Holly will be a staff writer for M-A Chronicle in the coming school year.

Art is often a mysterious thing to those viewing it. How can an artist start with a blank canvas and produce a masterpiece?

“The Artist Studio program at the de Young Museum in San Francisco is meant to counteract this popular perception of the artist as solitary genius rather than someone who is connected to community and who works incredibly hard and long hours to produce their work,” emailed Kevin B. Chen, Manager of Artistic Studio and Public Programs Director. “Because the studio is open to the public, museum visitors get to see artistic process in action and have opportunities to talk with the artist.”

Jane Kim, resident artist in the Kimball Education Gallery for the month of June, was trained in both fine arts and scientific illustration. She now uses her unique skill set to create detailed paintings featuring the plant and animal life of Golden Gate Park.

Acrylic paint is Kim’s preferred medium, and her paintings, while very literal, actually represent a complex exploration of themes such as immigration, emigration, and native as compared to non-native ideology.

Chen believes that art programs such as his “provide a really interesting space in which to meet people from different backgrounds,” and hopes that visitors to the Kimball Gallery will be able to “take [their] perspective from Kim’s work back into the [De Young] galleries with a different frame of mind.” 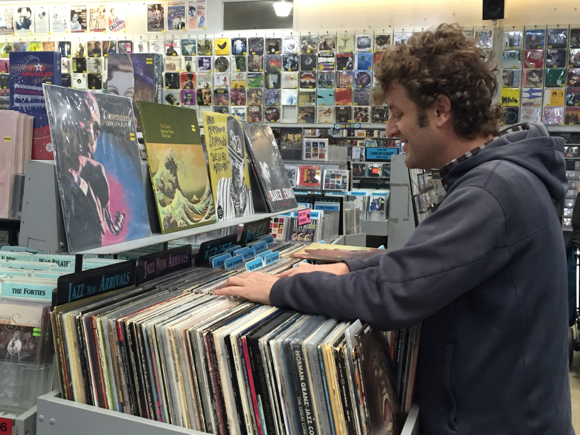 The artistic spirit of San Francisco as a whole reflects this moment-by-moment, experiential view of art. In the words of Allen Lewites, longtime employee of Amoeba Records in Haight-Ashbury, “Art is anything that moves you…a leaf, a branch…any visuals that give you goosebumps.”

Lewites emphasized the importance of flea markets, graffiti, art fairs, and other unstructured forms of art ,which, in his opinion, are “more raw” than the deliberate nature of museums and art shows.

Cold, foggy San Francisco is the polar opposite of hot, dry Palo Alto, and these significant differences in climate symbolize the difference in artistic thought between the two cities. Where San Francisco thrives in the present, Palo Alto memorializes the past.

The Archives of Recorded Sound on the Stanford campus consist of over 400,000 recordings, varying from music to spoken word. Formats housed in the collection include everything from Thomas Edison’s 19th century wax cylinders to modern CDs and digital files.

The Archives contain a file of the first recorded jazz band from the 1920s, called the Dixieland “Jass” Band, and a music box from the 1890s, which plays music using a mechanized bell system. As compared to the loud, vibrant atmosphere of Amoeba Records, the Archives are muted, dusty, and sacred. 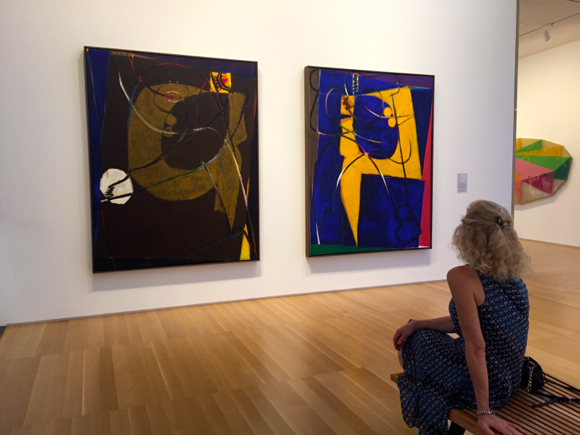 The significance of art to the Palo Alto community was not lost on Harry W. and Mary Margaret Anderson, private collectors who donated their entire collection to Stanford in 2011. The collection is centered on American contemporary art from after World War II and includes standouts such as Jackson Pollock’s Lucifer, Wayne Thiebaud’s Candy Counter, and Mark Rothko’s Pink and White Over Red.

The Andersons strove to “enable future generations to see wonderful art…which needed to be shared with the world,” said Harry Anderson. Free public access gives students, locals, and tourists the opportunity to observe masterpieces and experience the profound impression these works leave on their viewers.

Just outside the entrance to the Anderson Collection lives a colossal yucca tree, brought from Mexico in 1894 by Jane Stanford herself, according to museum volunteer Ernesto Matal Sol. To Matal Sol, the tree is an example of “living art” and remains on the campus as “a testament to [Jane Stanford’s] good intentions.”

The immediacy of San Francisco’s art and the timelessness of Palo Alto’s seem to oppose one another, but the expressive power of art itself outweighs such differences in ideology.

As Kait Pearce from Amoeba Records stated, “All art is the expression of the human soul.”

Kevin Chen’s philosophy describes it best: “Art is the grey area. There exists a lot of nuance between many different areas of thinking, and art provides a lens through which to view all different subject matter. The world isn’t quite so black and white.”

Thank you Mark! I’m glad you enjoyed it.