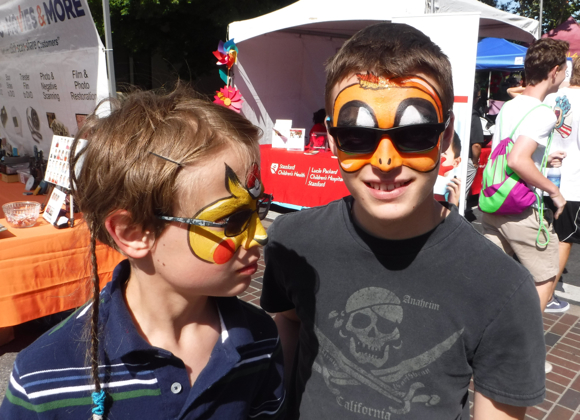 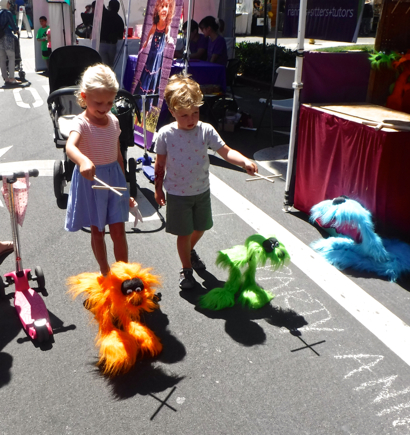 There did appear to be expanded opportunities for kiddie fun in both the area of arts and crafts as well as carnival rides. We talked to two boys who were pleased with their painted faces. And a large exhibit showcasing Toyota’s brand new Mirai, which runs solely on hydrogen and its only emissions are water, offered fun games and the chance to take home a succulent plant. (Maybe they are energy efficient, too?)

But the arts and crafts people seemed as familiar as ever. That might be because the same organization that represents the artists, Pacific Fine Arts Festivals, also is behind the sidewalk shows that come to downtown Menlo in the spring and fall every year.

An argument can be made in support of familiarity. One man comes to Menlo Park every year just to buy wooden bowls from the same artist. “Some I keep and some I give as gifts,”  he told us. 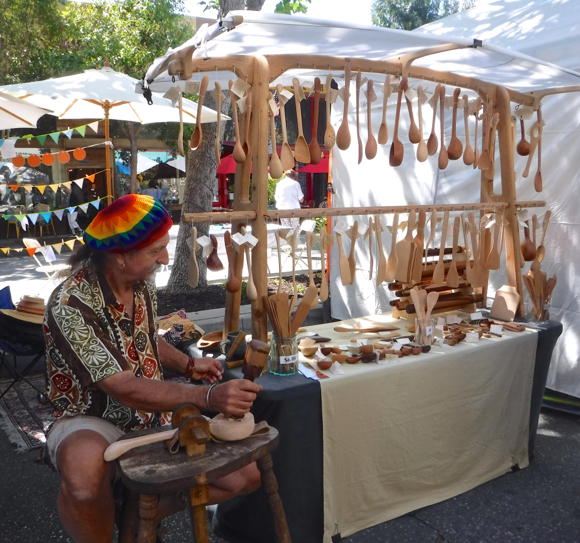 The weather is festival perfect with highs in the mid-70s, hot enough to enjoy the tropical libations offered but cool enough to not wilt.

Menlo Summerfest continues today to 6:00 pm with the Tom Petty and the Heartbreakers tribute band, Petty Theft, performing a twilight concert from 5:00 to 7:00 pm in Fremont Park. The hours tomorrow are 10:00 am to 6:00 pm.