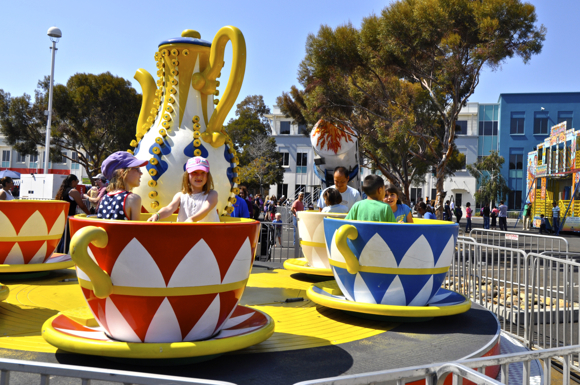 There was a last gasp of summer fun this afternoon at Facebook. The company hosted a county fair along with its weekly farmers market. There were amusement rides, games, and live animals to pet and ride. 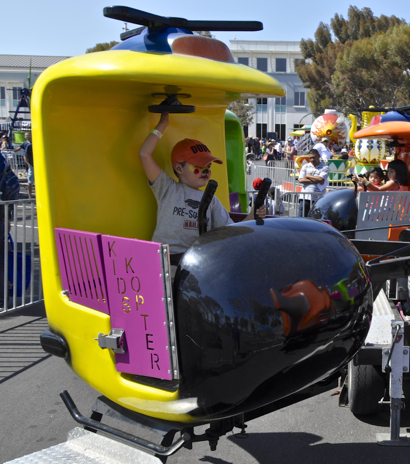 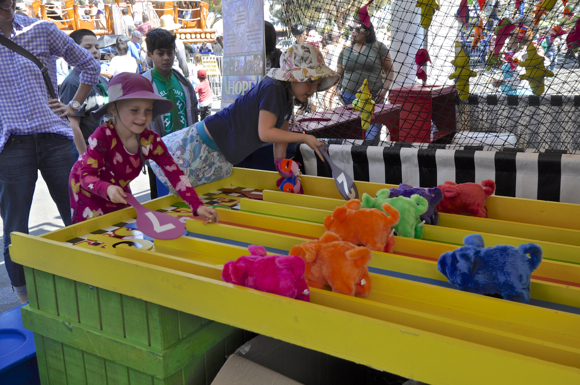 One game that was new to us had to do with “stampeding” pigs. Two girls with paddles worked hard to keep the fuzzy, multi-colored pigs from making their way from one end to another. 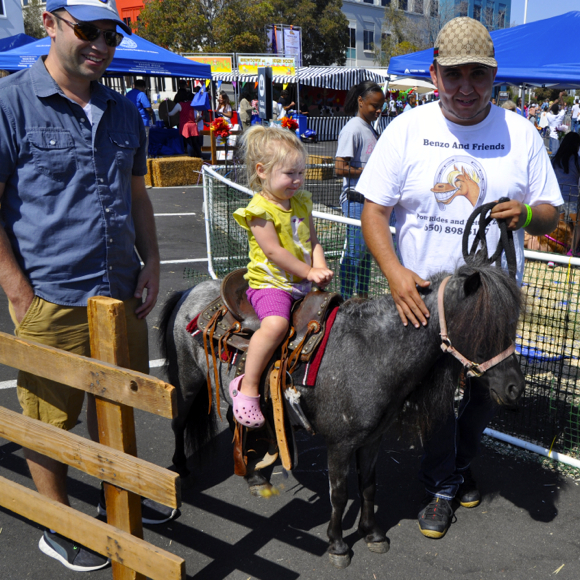 By the time we left to shop at the farmers market, there were lines and smiles in the carnival area. Maybe a new end of summer tradition has been born?