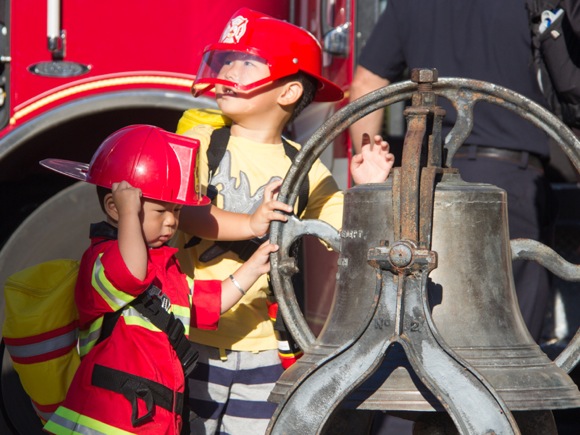 The 16th annual Pancake Breakfast will be held on Saturday, October 8 at the Menlo Park Fire District Headquarters at 300 Middlefield Road.

This popular annual event, co-sponsored by the Junior League of Palo Alto•Mid Peninsula (JLPA•MP), the Menlo Park Fire District, the Stanford Park Hotel and the Menlo Grill Bistro & Bar, benefits the Alisa Ann Ruch Burn Foundation. Volunteers will be flipping pancakes and serving breakfast at the fire station from 7:30 to 11:00 am. Suggested donation is $10 per adult and $5 per child. 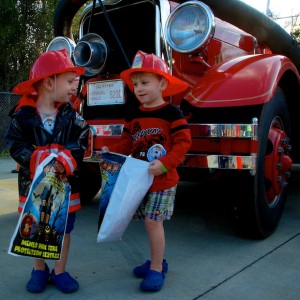 Volunteers from the sponsor organizations will be on hand serving pancakes, sausages, fruit, Hobee’s coffee cake, and Trader Joe’s coffee and juice. Families will be able to visit with firefighters, sit on a fire engine, get pictures in firefighter gear and enjoy other fun activities at their local firehouse. The Fire District will host a silent auction featuring items such as a ride to school in a fire engine and dinner at Menlo Grill Bistro & Bar.

The Pancake Breakfast and open house at the fire station began 15 years ago after 9/11, when the Junior League approached Menlo Park Firefighters with the suggestion of a co-sponsored community event for a worthy cause. 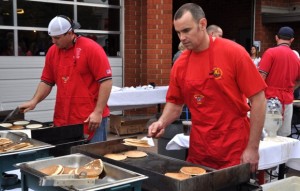 “Before benefiting the Alisa Ann Ruch Burn Foundation, that first year we wanted the Pancake Breakfast to support the families of those who were lost in the events of 9/11,” said Fire Marshall Jon Johnston of the Menlo Park Fire District. “Back then I was in my first year of employment with my department and I knew I wanted to find any way to reach out and educate families in the community. Deciding to have this event coincide with the fire district’s open house, which kicks off Fire Prevention Week nationwide, has definitely paid off with a reduction of fires and injuries in our district.”

Last year’s breakfast raised approximately $14,000 for the Alisa Ann Ruche Burn Foundation, and organizers hope to top that number this year. Proceeds from the event help the foundation provide much-needed programs for burn survivors in California.