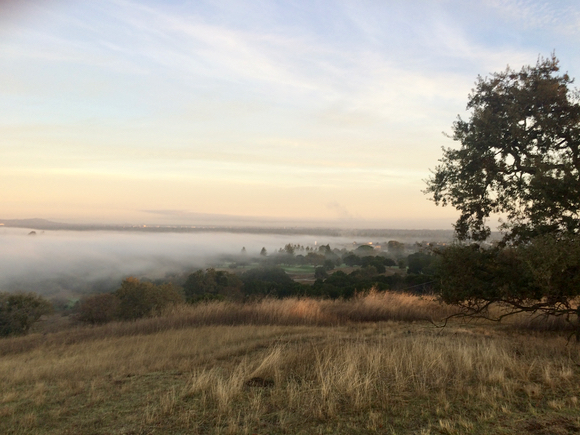 You had to be up before dawn this morning to notice the tule fog that crept over Menlo Park at daybreak. We spotted it from atop the Dish, where there were blue skies above. As we headed down, the fog was on its last gasp. Tule fog is ground fog that forms after the first rain of the season. During drought years it’s less frequent.