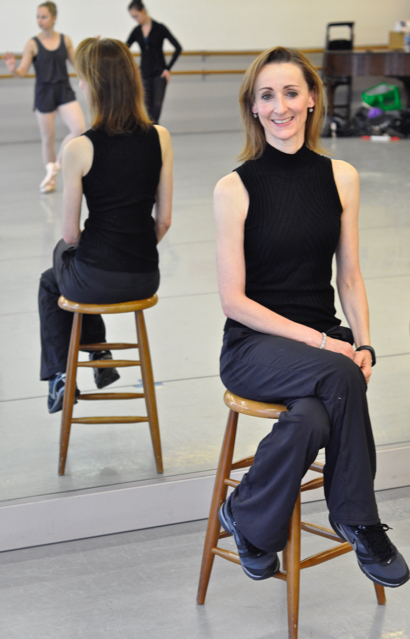 Dancer Sarah-Jane Measor wears two hats in Menlo Park. She’s director of the Menlo Park Academy of Dance and Associate Artistic Director of the Menlowe Ballet. Now, she’s donning a third hat in the world of dance, making her professional choreographic debut with Portraits, part of Menlowe’s fall production, Tribute!, which runs November 3, 5 and 6, and includes three other ballets.  Tickets are available online (30% off on Thursday and Saturday evening performances).

Growing up in England, Sarah-Jane started dancing at age four when her parents enrolled her in ballet because she was so shy she found it difficult to talk to anyone. “I was in heaven,” she laughs, “because you can’t talk in class or during a performance!”

It was in England that she developed a love of history. “There’s history all around, and I loved going to historical places and finding out what happened there,” she says. “I was particularly drawn to strong women in history.

“They all faced obstacles but prevailed. In my ballet, they are shown individually, and, in the last piece, they interact as kindred spirits.”

Sarah-Jane’s ballet will be the first for Menlowe that features an all-female cast. All seven dancers are members of the company, and they walk a couple of doors down El Camino to share insights and dance steps with Sarah-Jane’s young students at the Academy.

“Both Michael and Julie [Lowe, the company’s Artistic Director and Ballet Master] have been very supportive of my choreographic debut,” she says. “They’ve encouraged me to show my choreographic voice.”

While Sarah-Jane has a “little cameo role” in the company’s annual holiday production, It’s a Wonderful Nutcracker, her focus now is on overseeing the Academy and choreographing new ballets.

“I enjoyed everything about being on stage,” she says. “Now I’m really enjoying imagining something, creating it, and then bringing it to life.”