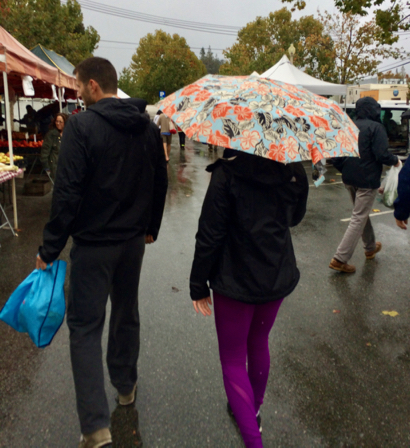 InMenlo weather watcher Bill Russ reported another .2″ inches in his backyard gauge this morning, to add to .o5″ he found there yesterday morning. That brings the year-to-date total to 3.5″.

This amount of rain is unusual for October, for whatever kind of forecasted rain year. Bill dug back into his data:

Umbrellas were up this morning at the Menlo Park Farmers Market; photo by Linda Hubbard (c) 2016