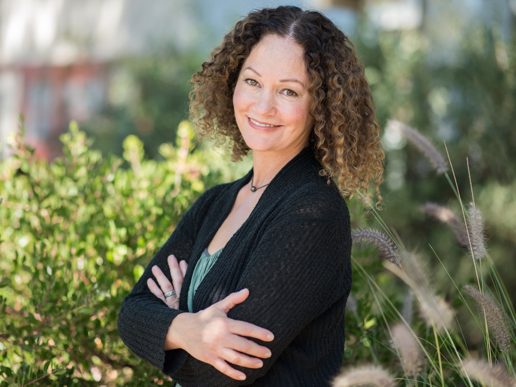 Menlo Park resident Lisa Rosenberg will assume the position of Poet Laureate of San Mateo County on January 1, 2017. Her appointment was announced at the October 4th Board of Supervisors meeting.

The Poet Laureate is a two-year position that includes a $5,000 yearly honorarium. The Poet Laureate acts as an ambassador and advocate for poetry, literature, and the arts and contributes to San Mateo County’s poetry and literary legacy through public readings and participation in civic events. The Poet Laureate  also proposes and leads a community project.

Lisa is a “scientist poet.” She holds a BS degree in Physics from UC Davis, a Master’s degree in Creative Writing from Boston University, and received a Wallace Stegner Fellowship in Poetry from Stanford University. In addition to physics and aerospace engineering, her professional experience includes technology marketing, freelance design, and instruction in creative writing.

“From an early age, I was fascinated with design — proportion, value, hue,” she said. “I didn’t have those words to describe my interest then. And I didn’t single out poetry until I was in high school.

“Originally, I wanted to be an astronaut and got my pilot’s license before I went off to college. The career path to that was through the Air Force Academy, and I decided not to pursue that.”

She did remain active in aviation for many years as a private pilot and describes herself as a “recovering engineer.” “My day job now is full-time parent with home schooling my daughter a priority,” she said. “And, of course, writing occupies a lot of my time.

“Poetry is a part of who you are and how you think. I carry it with me all the time. To paraphrase Henry James, ‘A poet is someone on whom nothing is lost.’ A poem springs from something you say. Or something someone says will work its way into a poem. It’s part of how I think.”