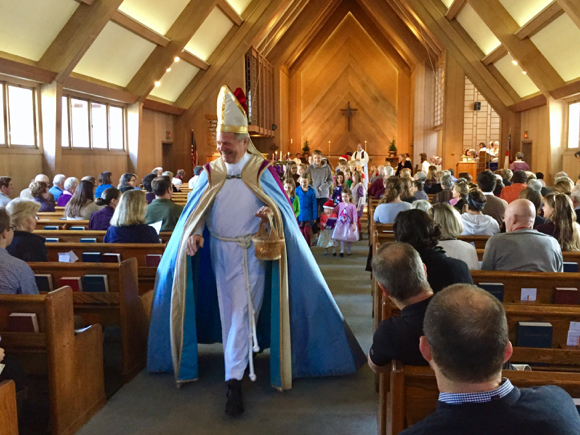 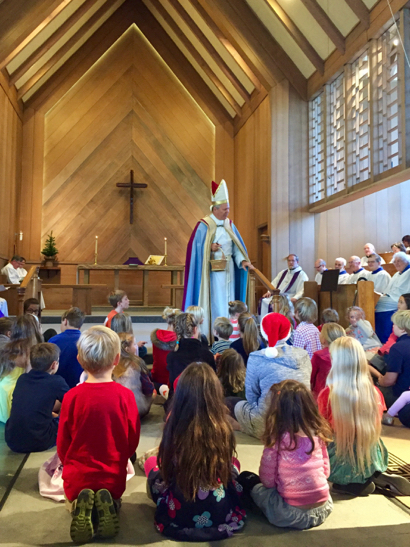 Trinity Church in Menlo Park must be feeling especially blessed as it’s the place St. Nicholas, as played by Dick Livermore, visits each year. For over three decades, he’s been making an annual appearance, visiting with the children and handing out “gold coins” from his basket.

The historic 4th-century Christian saint and Greek Bishop of Myra, in Asia Minor (modern-day Demre, Turkey) had, according to Wikipedia, “a reputation for secret gift-giving, such as putting coins in the shoes of those who left them out for him and thus became the model for Santa Claus, whose modern name comes from the Dutch Sinterklaas, itself from a series of elisions and corruptions of the transliteration of ‘Saint Nikolaos’.”