It’s not every Saturday morning that you pick up the San Francisco Chronicle sports section and find a big photo of hometown football team, the Menlo-Atherton Bears. 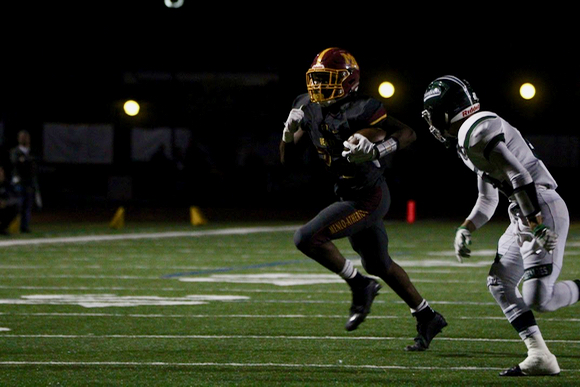 Such was the case today after the Bears beat the Manteca Buffaloes 49-21 on their home turf, Coach Parks Field, last night in a Division 3-AA playoff game. The victory means M-A (12-2) will play Paraclete-Lancaster (11-4) in the state finals on December 17. 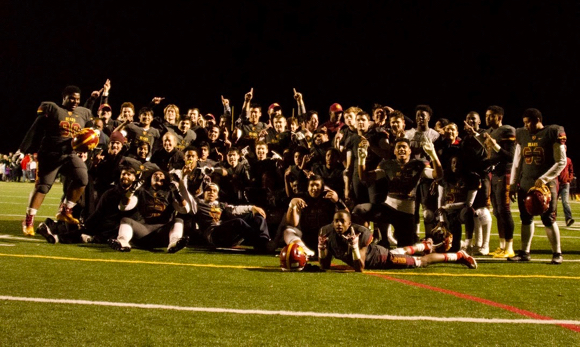 M-A highlights include four touchdowns by running back Jordan Mims, who’s had over 2,000 yards for the season, two touchdowns by Aajon Johnson and an interception in the end zone by Spencer Corona. 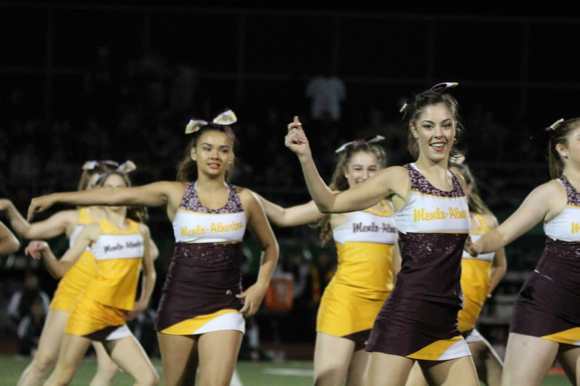 Featured here a photos taken by M-A student photographer, Evelyn Calhoon, a 10th grader who is on the staff of the M-A Chronicle.

Do you know if the game will be televised by any websites?