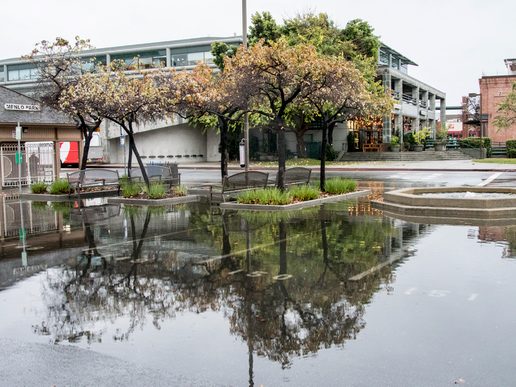 It was a day of off and on rain, broken up by an occasional blue sky and a rainbow here and there. 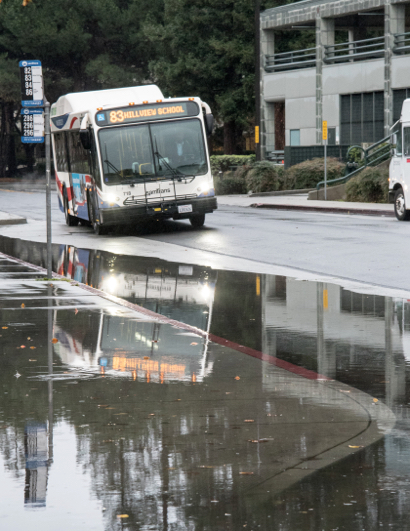 InMenlo weather watcher Bill Russ reported in the morning that he’d recorded .5″ overnight, not surprising, particularly for those people who heard the pounding rain around 6:30 am.

InMenlo contributing photographer Robb Most captured some of the minor flooding at the Menlo Park train station.

Footnote: Did no one tell Samtrans that Hillview School is closed for the winter break?