The good people of Menlo Park who attended Women’s Marches in San Jose or Oakland today — as well as  Washington, DC — are flooding the InMenlo mailbox with photos — and that’s great. Estimates are that 500,000 people marched in Washington, 60,000 in Oakland, and 25,000 in San Jose. 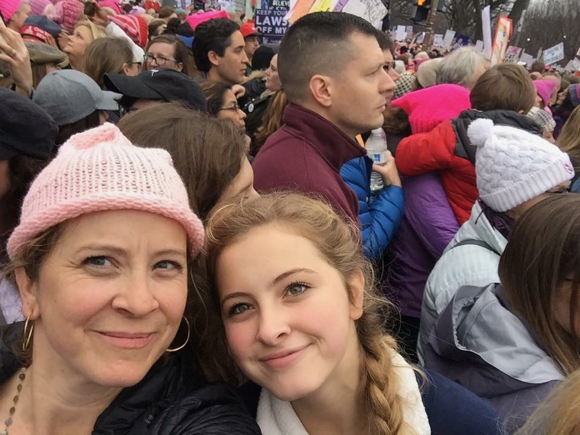 We can report from our experience in San Jose that it was a good-spirited event with participants of all ages. The signs, representing a myriad of causes and viewpoints, were extremely clever, and the cheers evoked optimism: “This is what democracy looks like!” and “Yes, we can!” 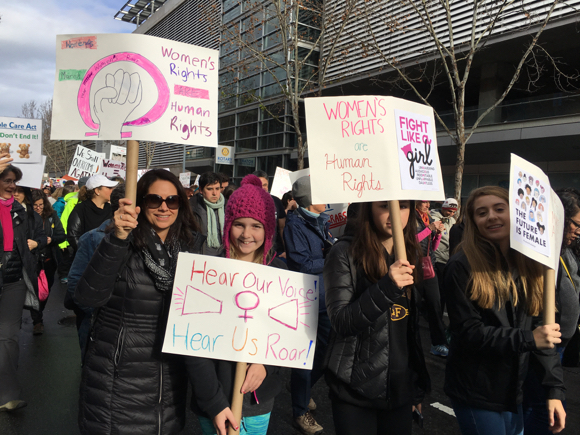 If you have photos that you’d like to have included, send to tips@InMenlo.com and please identify the people and whether they are residents of Menlo Park, Atherton or elsewhere. 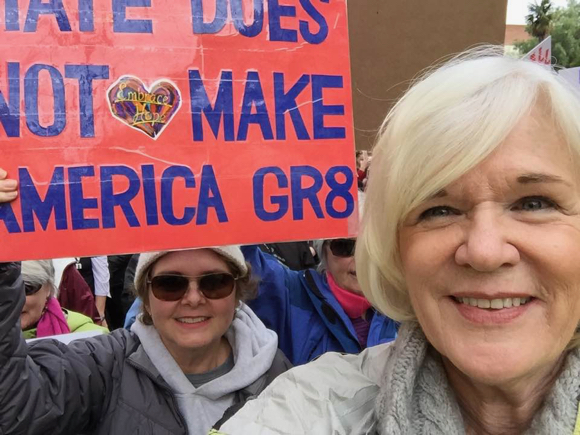 We expect to have coverage of local residents taking part in the San Francisco march later this evening. 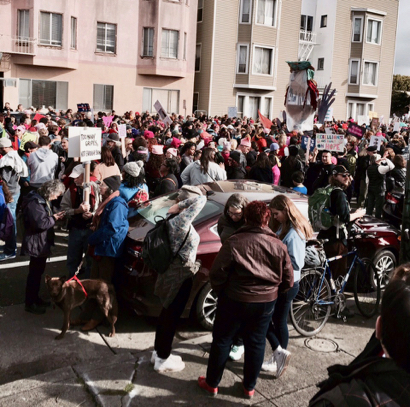 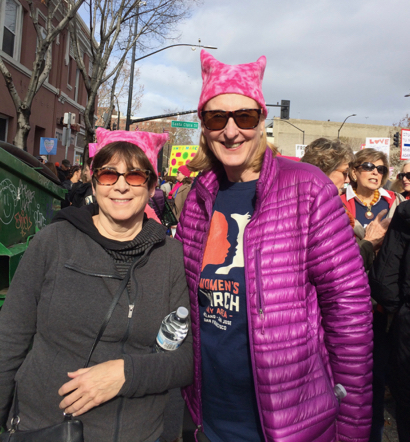 Sixth from top: MP residents Janet Bell (left) and Linda Hubbard in San Jose with hats made by MP resident Amy Bayersdorfer, who is in DC. 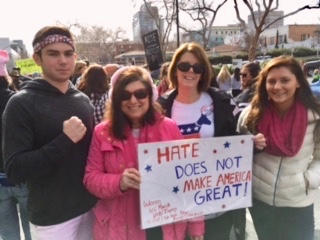 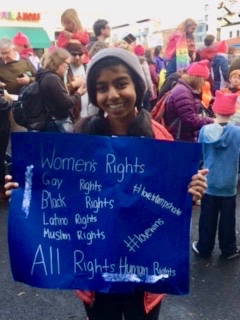 Below: Atherton resident Laura Pitchford (far right) is joined by friends from Redwood City at the Oakland Women’s March 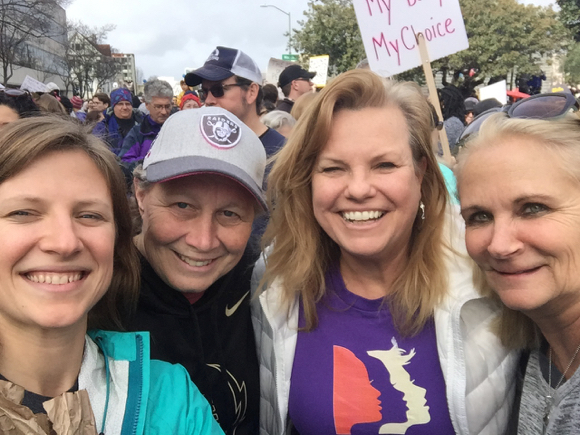