Lifelong Menlo Park girlfriends double down on the Women’s March, walking in Oakland and The City 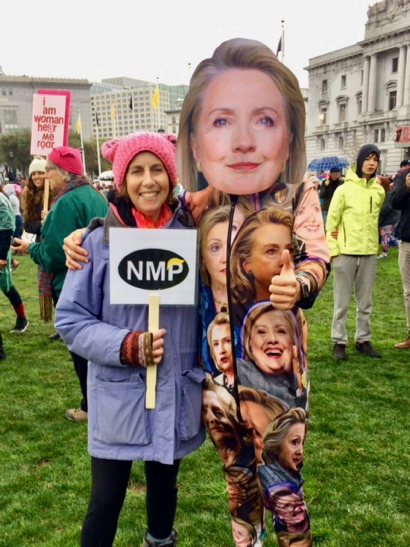 One was not enough for a group of friends who grew up in Menlo Park and all graduated from Menlo-Atherton High School.

There they were joined by Leah’s mother (and Menlo Park resident) Robin Tobias, who encountered a marcher who was all about Hillary!