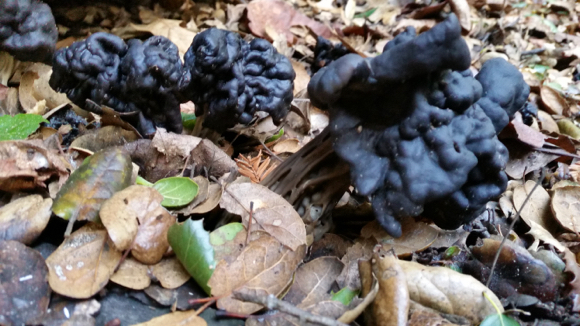 The lumpy black mushrooms that appeared last February are back, right on schedule (or nearly so). Emails Menlo Park homeowner Eric Sabelman: [They’re back] in plentiful quantities, the same species [slate grey saddle or fluted black elfin saddle (Helvella dryophila)], and mostly in the live oak leaf where I first saw them last year.”