Yep, that was hail you saw “raining” down on Menlo Park this morning 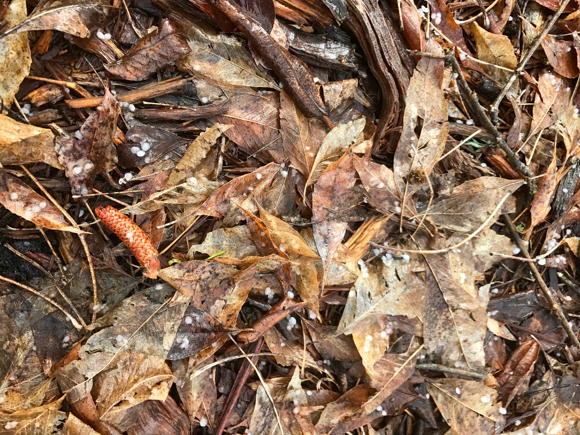 Earlier account: Hail is not a frequent occurrence in Menlo Park, so imagine our surprise that it happened twice this morning, both after InMenlo weather watcher Bill Russ issued his rainfall report around 7:00 am: “Our first rain since February 22nd left behind .55″ in my gauges. My season-to-date total is close to 30″ with 29.75″.

Maybe, just maybe the showers throughout the morning will push our local rainfall total to the magic 30”.

Photo of hail nuggets on leaves by Linda Hubbard (c) 2017