Michael Shewmaker examines life through the lens of poetry 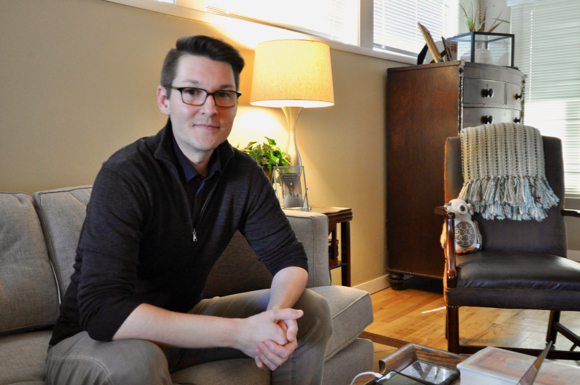 Growing up in a small Texas town, poet and Menlo Park resident Michael Shewmaker recalls that “the quickest way to commit social suicide was to be smart.” So, he pursued athletics — soccer specifically, which he also played in college — while all the while pursuing a more cerebral life on the side. “I’ve had a fascination with and curiosity about language for as long as I can remember.”

That life, infused also by hymns and scriptures, was given a jump start by his grandfather, who prided himself on his riddles. “He would tell a riddle and never give the answer,” Michael says. “I’d obsess on them; they would haunt me.” 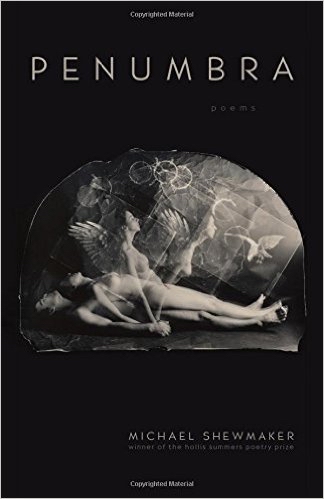 That same grandfather also had a fully-stocked book shelf, and one day when he was nine or 10, Michael pulled down a book of poetry by Robert Frost.  “I flipped through it randomly, and stumbled on The Telephone,” he recalls. “It’s not a typical Frost poem, and it excited something inside me. I was drawn to the music of a poem, more so than a riddle.”

Michael pursued poetry in his undergraduate and graduate studies, which included a Stegner Fellowship at Stanford, which brought him and his wife West. He remains there today as a Jones Lecturer in poetry.

“I have plenty of friends who are terrific writers and poets,” Michael says, “and I feel I’m one of the lucky few in that I get paid to teach about the things I love.”

As winner of the Hollis Summers Poetry Prize, Michael authored his first book of poems, Penumbra, which he’ll be debuting locally at Cafe Zoë (1929 Menalto) on Thursday, March 9, from 6:30 to 8:30 pm, with a reading scheduled for 7:30 pm.

“In my mind, the book is largely about faith and doubt, especially within the context of being aware of one’s own mortality,” he says.

His hope for the book?

“You spend so much time on the poems, you want them to be read. But I’m fully aware of where the attentions of society go, and it’s not usually on poetry. Nevertheless, I hope the book finds an audience.

“I don’t think poetry is going away. You put pen to paper and hope there is a spark in them that lasts.”