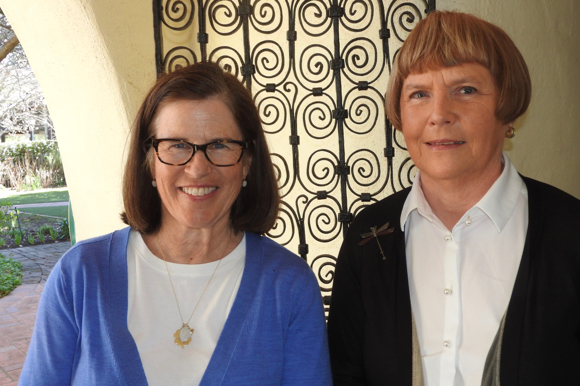 The public is invited to view The Arts of the Garden, a judged Garden Club of America flower show displaying excellence, beauty and knowledge in floral design, horticulture, photography and conservation. Woodside-Atherton Garden Club is hosting the free event on Friday, March 31, from 10:00 am to 4:00 pm and Saturday, April 1, from 10:00 am to 3:00 at Allied Arts Guild, 75 Arbor Road, Menlo Park.

Two rooms will be filled with dozens of entries submitted by Garden Club of America members from the area and out of state. Judges are coming from as far away as Hawaii to hand out awards in categories ranging from flower arrangements exhibiting texture or moods to photographs focusing on Spanish Colonial architecture.

“We are excited to showcase so much talent in such a great space where Old World charm is palpable with artists and artisans still plying their craft in this Spanish Colonial complex,” said Heidi.

“Both Allied Arts Guild and WAGC originated in the late 1920s, and share a mutual mission to help others,” added Abby.