Hello there from one Hamilton to another! 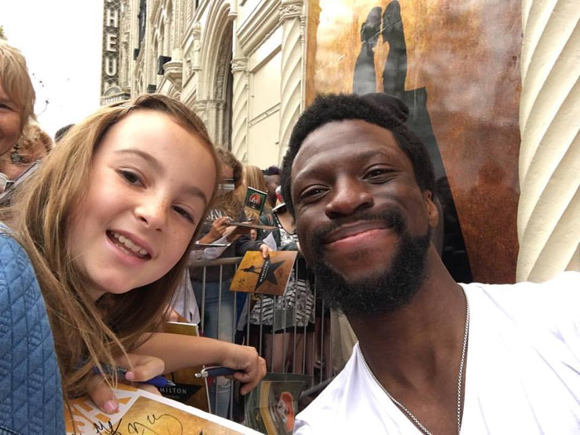 Ladera resident Linden Hamilton went with her mom, Laura (a long-time InMenlo contributing photographer), to see the musical Hamilton in San Francisco over the weekend. And who did she run into but the star of the show, Michael Luwoye.

Writes Laura: “Linden (Hamilton) after the show asked Hamilton for a selfie! He was so kind. Thank you @shnsf for an amazing show for this little girl!”

Interesting footnote: Michael Luwoye made history on Broadway last fall as the only actor to play both “ten-dollar founding father” (Hamilton) and the “damn fool that shot him” (Aaron Burr).