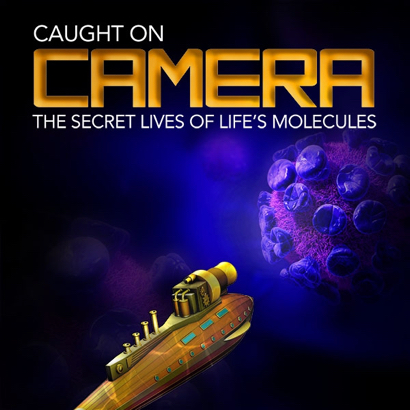 SLAC scientist Raymond Sierra will present Caught on Camera: The Secret Lives of Life’s Molecules in Panofsky Auditorium on Tuesday, April 11 at 7:30 pm.

For decades, scientists have been working to understand the building blocks of life by studying the structures of proteins and other large biological molecules. Using clever tricks with microscopes, electrons, and X-rays, it is possible to see the precise arrangements of atoms in these complex molecules. This sharp view of biological structure is especially important for understanding the mechanisms of disease and designing drugs that specifically target the action of proteins in viruses and bacteria.

With conventional methods, though, we can take these pictures only when the molecules are artificially held still, for example by immobilizing them in crystals at temperatures far below freezing. Now, the LCLS X-ray laser at SLAC can deliver a beam so intense that it can take high-resolution pictures of biological molecules under natural, room-temperature conditions, even as they carry out their destructive biochemistry.

Often, the new pictures differ in significant ways from those of frozen structures. This lecture will describe how this new imaging method gives us a real-time view of the molecules’ action and opens new opportunities for discovering drugs and understanding our body’s basic chemical processes. 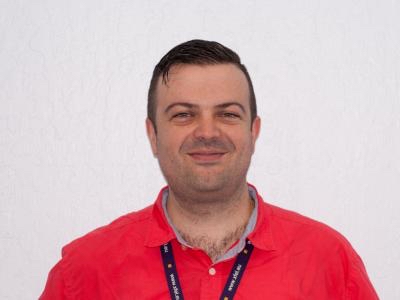 Raymond G. Sierra was born and raised in South Florida by Cuban immigrant parents ­– a truck-driving father and a mother and stepfather working at the U.S. Postal Service. In 2007, he graduated with honors from the University of Florida with a degree in mechanical and aerospace engineering and a minor in biomechanics.

With girlfriend and truck in tow, he drove cross-country to Stanford University. He finished his master’s degree in mechanical engineering in 2009 and then took a leave of absence for a year to do research at the Stanford PULSE Institute at SLAC.

He recently received his PhD in mechanical engineering from Stanford University by developing a method to deliver tiny biological samples in a very precise way for analysis at SLAC’s X-ray free electron laser, the Linac Coherent Light Source (LCLS). Sierra is now a research associate in the Hard X-Ray Department at LCLS. He continues to develop advanced mechanical techniques that enable studies of biological structure.

What is it about this rather tiny and innocuous molecule that makes it so important for life?