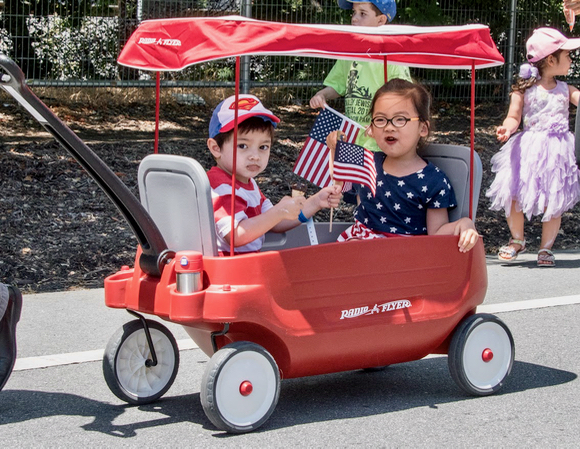 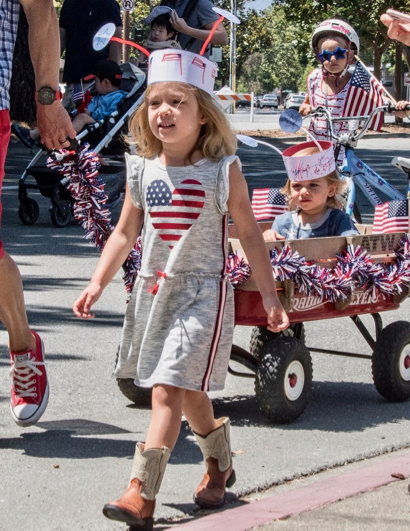 InMenlo contributing photographer Robb Most captured the action at today’s 4th of July parade in downtown Menlo Park starring youngsters — and the young at heart — decked out in patriotic garb, often riding flag-adorned bicycles and other wheeled vehicles. 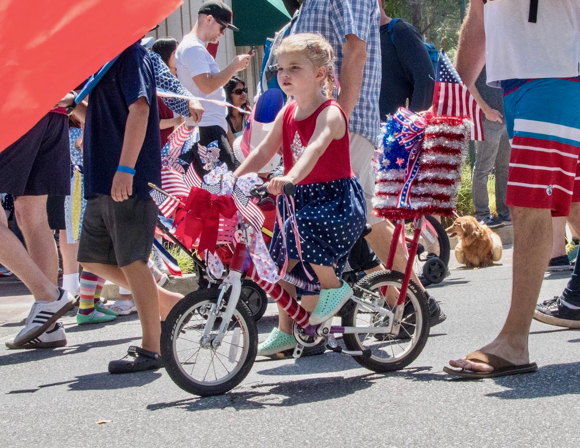 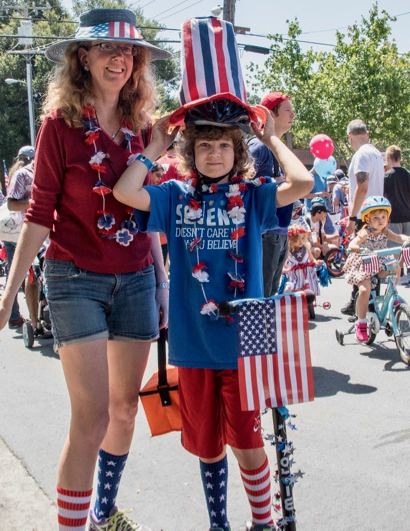 You looking great guys!!I love it so much.