Spotted: Gathering to commemorate the 100th anniversary of Camp Fremont 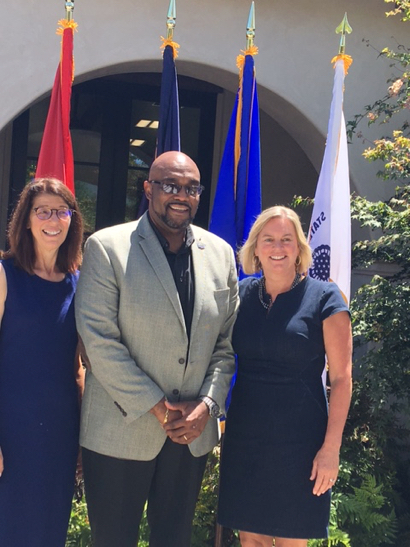 Menlo Park Mayor Kirsten Keith (right) was joined by author Barbara Wilcox (left) and Tom Fitzgerald (middle), Director of  VA Hospital, Menlo Park,  along with Bo Crane from the Menlo Park Historical Association to commemorate the 100th anniversary of the opening of a Base Hospital on what is now the VA campus.

The Base Hospital was built for Camp Fremont (1917-1919), the World War 1-era military training camp that briefly served the 41st National Guard before being turned over the U.S. Army 8th Infantry Division.