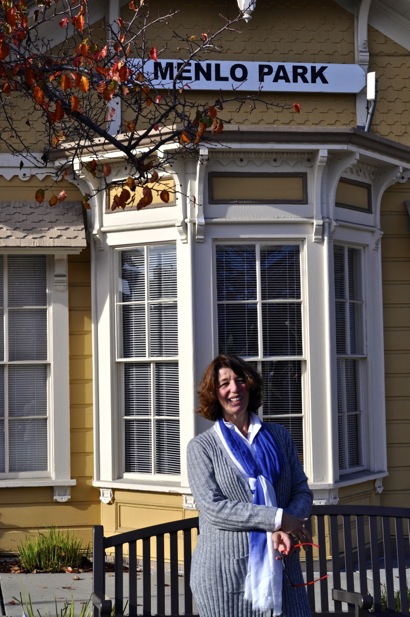 Hidden World War I tunnels on the Stanford campus? Author Barbara Wilcox first heard about them from a geophysicist colleague when she was working at the USGS in Menlo Park. She later learned that as America entered World War I in 1917, Stanford University leased three-fourths of its Palo Alto land to allow the creation of an Army training camp, Camp Fremont, headquartered in present-day Menlo Park.

“It immediately piqued my interest,” she recalled. “Today there is separation between academia and classified defense work. I wanted to find out what made it ok, why it was a sensible thing for Stanford to do. It also made a great thesis topic.”

The resulting thesis, which Barbara wrote for her Masters of Liberal Arts at Stanford, is now a book called World War I Army Training by San Francisco Bay: The Story of Camp Fremont, which is being published today and available on Amazon.

“Residents of Menlo Park, live on Camp Fremont’s footprint,” she said. “It covered roughly the area bounded by El Camino, Valparaiso, The Alameda and San Francisquito Creek. There was also an artillery unit roughly where Stanford West is now.”

She describes the book as being an “interpretive history of the era,” asking large questions as why was it here, why we should care, and what lasting impact did it have. 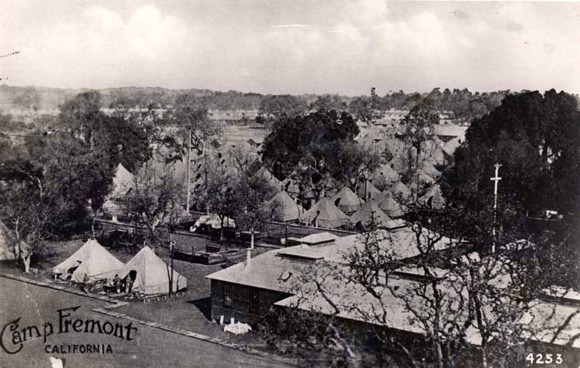 One answer, according to Barbara, is the technology transfer that happened. “The engineers learned things at the Camp that they used to develop the West,” she cited as example.

Another, the cartographic system that was used at the Camp was picked up by USGS to map California. Then there was the lasting infrastructure which includes the VA Hospital on Willow Rd. and the sewer system that lasted through 2000 or so. 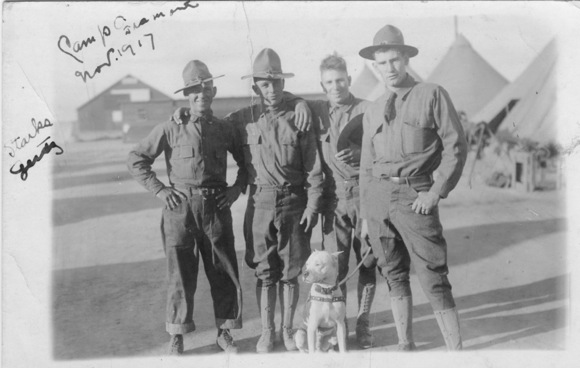 “The engineers, who were mostly from the western United States, were there to build structure that would be used in combat on the Western front,” she said. “When the war ended, they used that knowledge of infrastructure for peaceful purposes.”

Barbara, a Menlo Park resident, will be giving a talk about her research and the book on Jan. 19, 2016, to the Stanford Historical Society at 5:00 pm. The event, which is open to the public, will take place at the Jordan Hall Auditorium (Bldg. 420, Room 40 at the basement level), 450 Serra Mall, on the Stanford campus.

Thank you Barbara for giving your talk at our Kiwanis Club of Los Altos last Tuesday. It is so wonderful to have this history captured for generations to come.

Great to see interest in Camp Fremont. My fathers uncle trained there and was then shipped off to fight in Europe. I have his photo album of Camp Fremont, and then pictures of getting on the train with other local troops to New York City, then photo’s of the battlefields capturing German troops.

I’m looking forward to reading your book, Barbara. Thanks for writing it. I grew up in Menlo, not far from the VA hospital where, years later, my father was a patient given LSD under the auspices of Stanford and the CIA. While pursuing his master’s, Ken Kesey was employed as an orderly dispensing the drug. There’s a story that needs to be told. My father let me know how he felt about it in no uncertain terms. I would’ve really enjoyed meeting you and hearing you speak. My grandfather, a disabled WWI vet, worked in the laundry at the hospital. I relocated north to Portland in 2007.