Backpacking the Sierras continues as a favorite pursuit, this year marked by water – and mosquitos 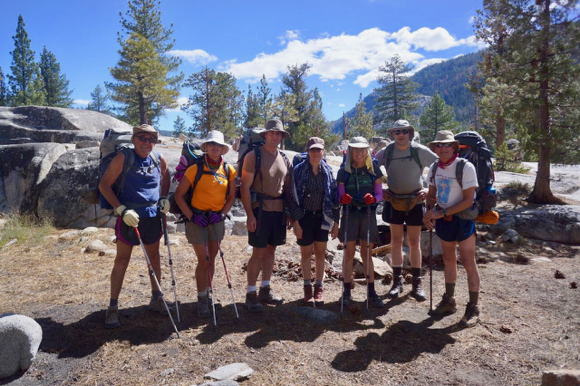 Editor’s note: Jym Clendenin, a long-time Menlo Park resident and occasional contributor to InMenlo, recently spent a week with six others backpacking in the Sierra Nevadas. His report follows, part of our continuing coverage of how people spent their summer vacation. If you had an interesting adventure, let us know: tips[a]inmenlo.com.

We started our adventure at a diversion dam on Bear Creek a few miles south of Lake Edison. Lake Edison is about 70 miles as the crow flies northeast of Fresno at approximately 7600’. 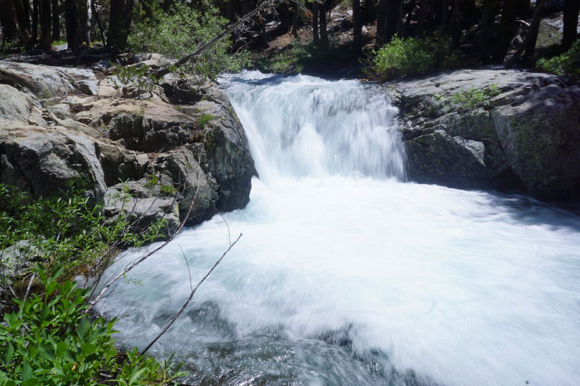 As we started hiking north on the Bear Creek trail, two things were immediately clear: 1) There was still a lot of snow melt from the winter’s heavy snowfall — Bear Creek was roaring; and 2) Abundant water resulted in a proliferation of mosquitoes.

The second day, now hiking southeast on the Pacific Crest Trail, we crossed Bear Creek and then camped at Lou Beverly Lake. Our two fishermen were disappointed to find the lake had lots of fish but all too small to eat. 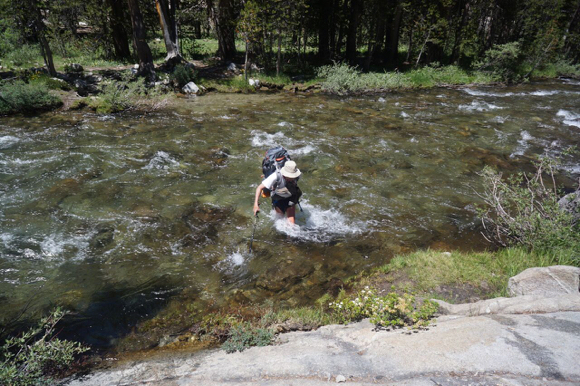 So we divided into a dedicated fishing group that moved on to Rose Lake where larger fish were found, and four intrepid hikers headed up the East Fork of Upper Bear Creek, following a rough, unmaintained trail. Yours truly struggled to keep up with youth as we waded across creeks, fought our way through willows, rock-hopped on occasion, and hugged granite cliffs. With heavy breathing, we rapidly ascended to about 11,000’— granite country well above the tree line.

We were rewarded by stunning vistas of Bear Basin. It was a warm, sunny day. After a pleasant lunch we descended through snow fields past Vee Lake, which was nearly covered with floating ice, back to our base camp at an unnamed lake (about 10,500’). 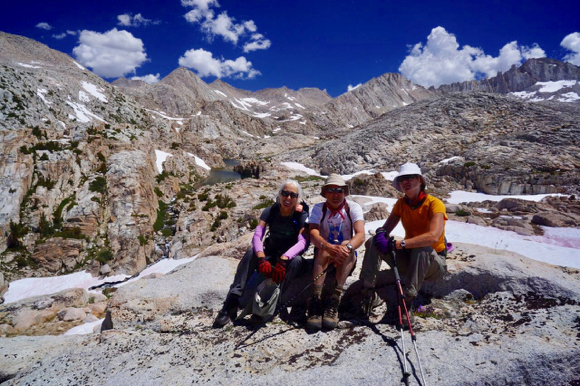 That evening we experienced a pretty severe and very sudden hail storm with thunder as close as three seconds to the lightening. Two days later we were back at the trail head, no one seriously injured, but each of us suffering from muscle fatigue and numerous mosquito bites.